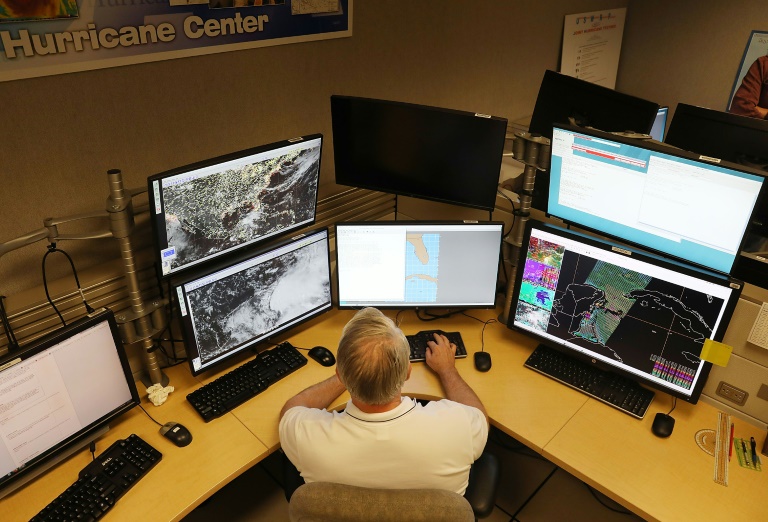 A hurricane specialist at the National Hurricane Center in Miami, Florida, tracks storm systems on May 24, 2018 (Photo: AFP)

The first named tropical storm of the east Pacific hurricane season formed Wednesday off the coast of Mexico, but posed no immediate threat to coastal communities, meteorologists said.

Dubbed Aletta, the storm is expected to build to hurricane strength early Thursday, the National Hurricane Center in Miami said.

But Mexican authorities have so far not issued any alerts about the storm, which at 0900 GMT was creating maximum winds of 75 kilometers (46 miles) per hour at a distance of 595 kilometers (370 miles) southeast of Manzanillo, a port city in the western Mexican state of Colima.

The storm was moving eastwards at a speed of 11 kilometers per hour.