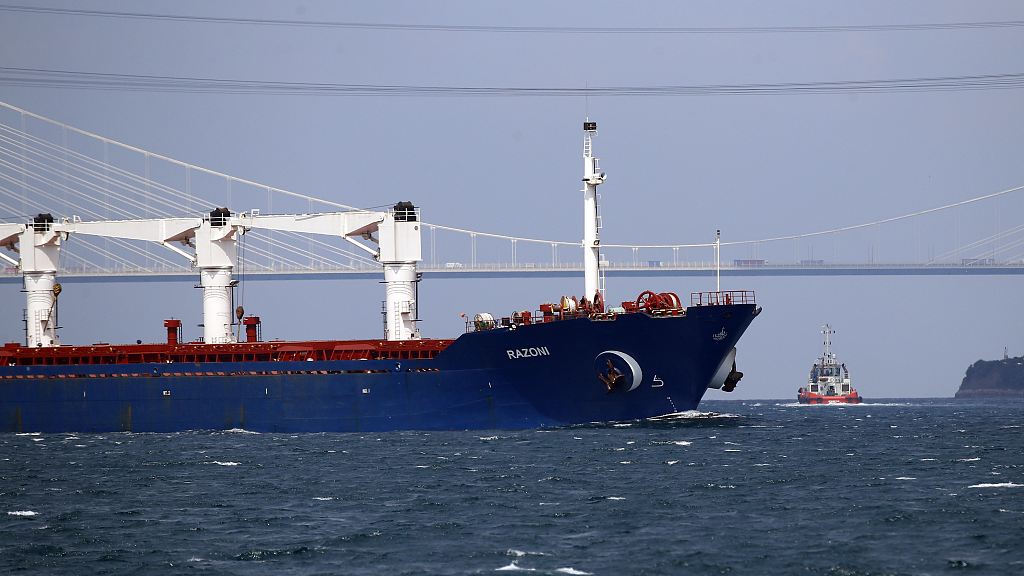 The first grain ship to set sail from Ukraine under a deal brokered by the United Nations and Türkiye docked at port in Mersin in Türkiye on Thursday.

The Sierra Leone-flagged cargo ship, Razoni was destined for Tripoli in Lebanon but proceeded to anchor off Türkiye's southern coast.

According to Ukraine’s embassy, the buyer opted against taking the delivery following a five-month delay leaving the vessel to search for a new buyer.

The Razoni departed the Ukrainian port of Odesa on August 1 and had been at sea for 11 days.

"1,500 tonnes will be offloaded in Mersin and the rest will go to Egypt," Kadir Soyer, agency director at Mersin-based shipping agent Toros, told Reuters.

Soyer added that Toros would only handle the docking and offloading in Türkiye and would not participate in the ship's voyage to Egypt.