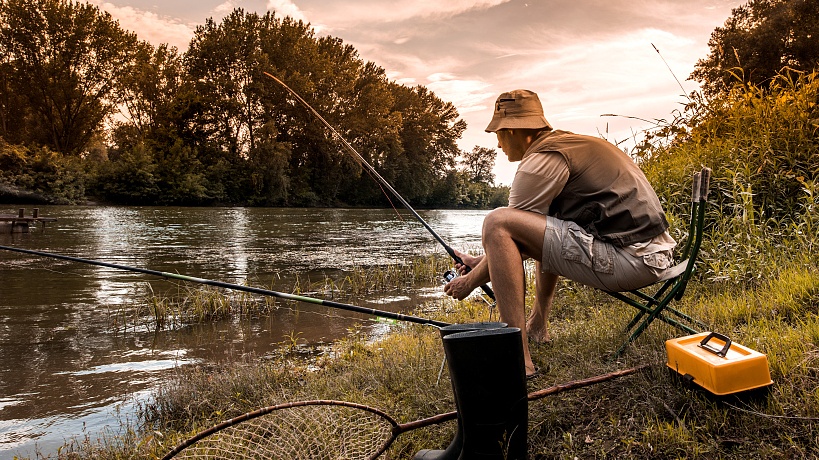 Fishing is to be allowed in England after the UK government on Thursday gave it exemption from national COVID-19 lockdown restrictions.

All sport outside elite level is forbidden in England under the new restrictions that came into force on Wednesday, angering golf and tennis organizations that argue their sports are inherently safe.

The Angling Trust, the national governing body representing all fishing in England, has successfully lobbied the government to avoid the activity being banned.

The Department for Culture Media and Sport confirmed that fishing was allowed as exercise, providing participants "adhere to the rules on staying local, gathering limits, social distancing and limiting the time spent outdoors."

Welcoming the move, Angling Trust CEO Jamie Cook said: "We have worked extremely hard to reach this position and we as anglers have a duty to abide by the strict conditions under which fishing is once again permitted. We must stick to the government's rules and ensure that angling remains part of the solution and does not cause problems."

Fishing is already allowed in Scotland, with one other person, despite the country's own lockdown.

England Golf said it was disappointed at the decision to ban golf, which has been allowed to continue in Scotland when played by groups of two by the devolved Holyrood administration. After hearing the news of fishing's reprieve, an England Golf spokesman said the organization was "working behind the scenes to bring about a change" to the rules.

On Wednesday, its CEO Jeremy Tomlinson said golf should be regarded "as part of the solution to the nation's current public health issues rather than another problem."

He added: "I would very much class golf alongside other pursuits such as walking, running and cycling, which are already part of the country's daily exercise routine. It's often said 'golf is a good walk spoiled' – of course, I don't agree with the sentiment of the phrase but when you boil it down, golf really is a sporting version of a walk in the countryside.