WORLD Fistful of resignations as May defends her Brexit plan, job

Fistful of resignations as May defends her Brexit plan, job 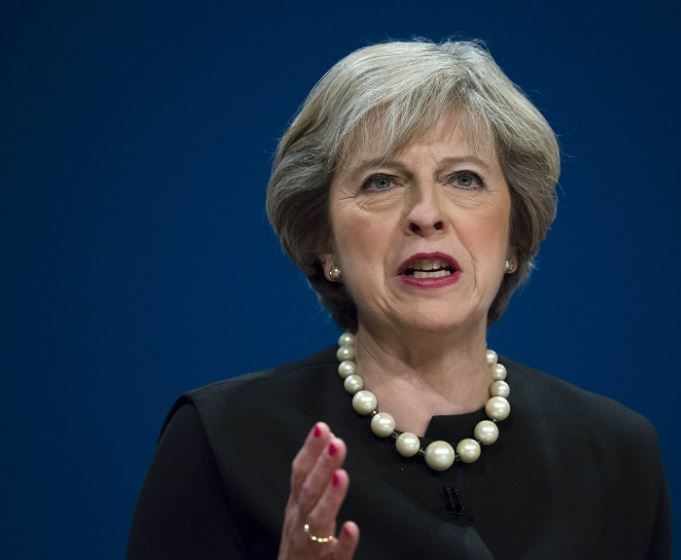 Political commentators speculated that the decisions by Dominic Raab and Works and Pensions Secretary Esther McVey to quit their front-bench government roles could threaten May's entire Brexit plan, and her tenure at Number 10.

Influential Brexit-supporting Conservative MP Jacob Rees-Mogg was reported to be preparing a letter expressing no confidence in May.

As chairman of a group of Eurosceptic Conservative MPs, his move could trigger a confidence vote in May, throwing the whole Brexit project into chaos.

The tabloid Sun newspaper said May's job as prime minister was hanging by a thread, with her former foreign secretary Boris Johnson tipped as a potential successor at Number 10.

Raab only took over as Brexit Secretary in July, replacing the original holder of the job, David Davis who quit because he, like Raab, could not reconcile with May's EU withdrawal proposals.

Brexit supporter Conservative Iain Duncan Smith described Raab's resignation as devastating. "The very man who is effectively May's negotiator to resign saying he doesn't think this is a good deal, I think is devastating."

"It's devastating because he's been aware of all of these things and has clearly been raising these alarm bells with the prime minister, but it sounds like he has been ignored," he said.

With Ministers Shailesh Vara and Suella Braverman also quitting, it brought the number of government resignations to four.

Vince Cable, the leader of the minority Liberal Democrats, said May's government was in meltdown.

The main opposition Labor leader Jeremy Corbyn said May's plan represents a huge and damaging failure and does not meet Labor's six tests, an indicator that his party's MPs would vote against her deal.

He said: "After two years of bungled negotiations, the government has produced a botched deal that breaches the prime minister's own red lines. The government is in chaos. Their deal risks leaving the country in an indefinite halfway house without a real say."

London Mayor Sadiq Khan called on all MPs to vote against what he described as a bad deal.

In a statement issued by City Hall, Khan, who backs a second referendum, said: "It's crystal clear that this is a bad deal for London and the UK that will worsen life chances and reduce the opportunities available to the next generation."

"Faced with a bad deal and a catastrophic no deal, the British public must be given the final say, with staying in the European Union an option on the ballot paper."

Addressing House of Commons, May said the draft deal meant Britain would leave the EU in a smooth and orderly way, adding it sets the framework for a future relationship.

On the issue of the border in Ireland, May said the withdrawal agreement has set out an insurance policy should a permanent new UK-EU relationship not be ready by the time the implementation period ends at the end of 2019.

"I do not pretend that this has been a comfortable process, or that either we or the EU are entirely happy with all of the arrangements that have been included within it," May said, adding it was an arrangement both sides say they never want to have to use.

"The choice is clear. We can choose to leave with no deal, we can risk no Brexit at all, or we can choose to unite and support the best deal that can be negotiated. This deal," she concluded.

The draft Withdrawal Agreement, detailed in a document of 585 pages, spells out a future relationship between Britain and the EU after next March.

Britain's membership would end on March 29, 2019, but immediately an implementation period, lasting until December 2020, would kick in. During this period nothing would change, with Britain continuing to follow EU rules. This would ensure businesses would only have to plan for one set of rule changes.

If by then a permanent future trade deal has not been agreed there would be an extension, but that could involve bringing in arrangements to avoid a hard border being introduced between Northern Ireland and the neighboring Irish Republic.

During an extended period there would be a UK-wide single customs territory but Northern Ireland would be aligned to the rules of a single market essential for avoiding a hard border on the island of Ireland.

A contentious issue with an extension is both EU and UK approval would be needed for the backstop arrangement to end.

The deal secures the rights of the more than three million EU citizens living in Britain and around one million UK nationals living in the EU.

It also includes a so-called divorce bill which would see Britain paying around 50 billion U.S. dollars to Brussels.

The two big resignations of front-benchers of Raab and McVey could throw a spanner in the works. It could prompt a confidence vote in May, leading to a leadership challenge and a new prime minister at 10 Downing Street. Less likely, but also possible, is a snap general election.

The focus would then switch to the EU Council when the leaders of the 27 EU member states meet on Nov. 25 to ratify, or reject the draft withdrawal agreement. If it is given the green light it would then go to the European Parliament for a vote there.

In December MPs in the British House of Commons will debate and vote on the agreement. Dozens of May's own Conservative MPs are said to be contemplating voting against her Brexit plan.

May will also need the backing of the 10 Northern Ireland MPs from the Democratic Unionist Party (DUP). They have insisted they will not support a deal that sees Northern Ireland treated differently by the EU than the rest of Britain. The plan as proposed would cross what the DUP sees as its red line.

If May survives that battle it would be a countdown to EU departure date on March 29, 2019.

If her plan is rejected, there would be a small window of opportunity to put forward an alternative Brexit plan. That scenario could plunge the whole program into uncharted waters, with possible outcomes including leaving the EU with no deal, a new referendum or a general election.