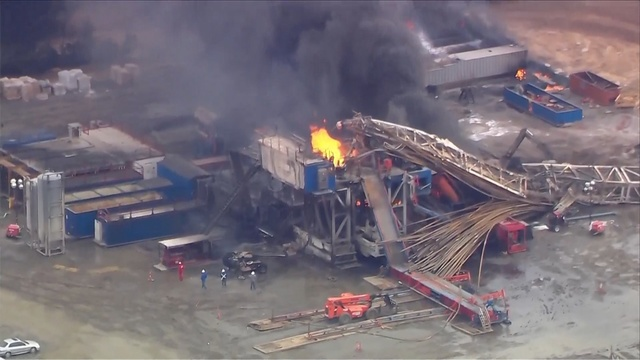 The bodies of five people killed in an Oklahoma oil well explosion were recovered on Tuesday afternoon in a building adjacent to the drilling site outside of Quinton, Oklahoma, Pittsburg County Sheriff Chris Morris said at a briefing.

The bodies were transferred to the medical examiner in Oklahoma City, he said. The five had been missing and presumed dead since a fiery explosion ripped through the site a day earlier.

Its officials did not respond to requests for further comment.

Three of Patterson-UTI’s employees were among the victims. Officials have not said who employed the other two.

The US Occupational Safety and Health Administration, US Chemical Safety Board and the Oklahoma Corporation Commission are investigating the accident, Morris said.