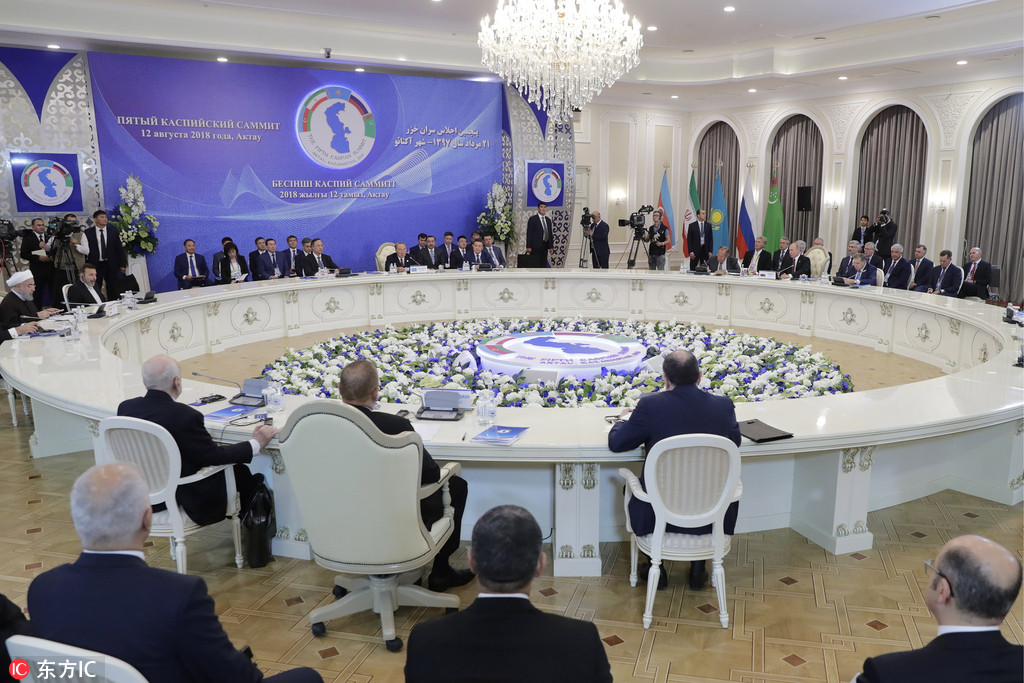 A meeting of the heads of state of the Caspian Five at the Friendship Palace in the Kazakh city of Aktau, August 12, 2018. [Photo: IC]

Five Caspian Sea states signed an agreement Sunday for collective use of the sea after over two decades of negotiations, the Kremlin said.

The presidents of Azerbaijan, Iran, Kazakhstan, Russia and Turkmenistan inked the landmark convention on the legal status of the Caspian Sea at the Fifth Caspian Summit in the Kazakh city of Aktau.

Russian President Vladimir Putin said the document "fixes the exclusive right and responsibility of our states for the fate of the Caspian Sea and establishes clear rules for its collective use."

It regulates access to the surface of the sea and other matters including fishing, pipeline construction and environmental issues, Sputnik news agency reported.

Work on the convention began in 1996, with the foreign ministers of the five states reaching consensus on its draft in Moscow in 2017.