LOS ANGELES, Sept. 6 (Xinhua) -- California Governor Gavin Newsom declared a state of emergency in Fresno, Madera and Mariposa counties Sunday due to the Creek Fire, which exploded to 73,278 acres (296.6 square kilometers) in 30 hours with 0 percent containment so far. 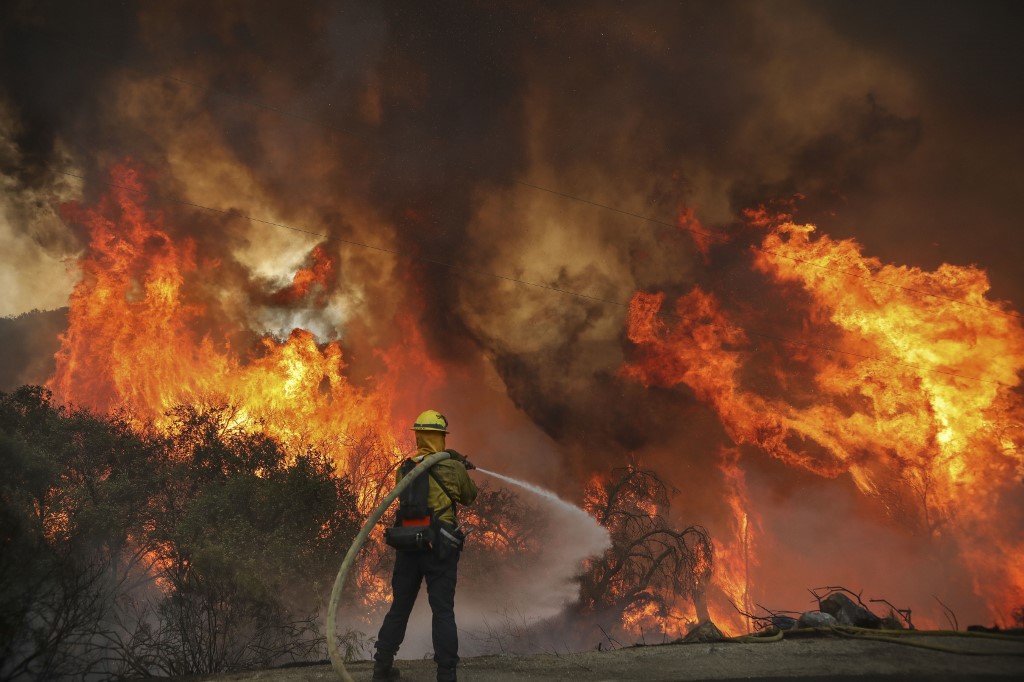 The governor also declared the state of emergency for San Bernardino County due to the El Dorado Fire and for San Diego County due to the Valley Fire, and the two blazes consumed over 7,000 and 4,000 acres (28.3 and 16.2 square kilometers) till Sunday night, respectively.

The declaration will help the state quickly deploy additional resources to assist in fighting the fires and keeping people and structures safe.

At least 224 people were rescued from the communities and camping sites surrounded by the fast moving Creek Fire Sunday morning. Local media reported local agencies and the National Guard used resources on land and air, including Blackhawk choppers and a Chinook.

About 20 evacuees had injuries ranging from broken bones to burns, local ABC 30 news channel reported Sunday night, adding that some 800 firefighters are battling the fire, which is threatening over 3,000 structures.

Besides these three fires, about two dozen more wildfires are raging in California, fueled by the heat, winds and dry brush.

Captain Richard Cordova from the California Department of Forestry and Fire Protection (Cal Fire) was quoted by CNN Sunday night as saying that more than 2,094,955 acres (8,477.9 square kilometers) had burned across the state this year.

That is the size of more than 10 New York Cities and broke the all-time record, the official said, warning that the state had not stepped into wildfire season usually starting from October.