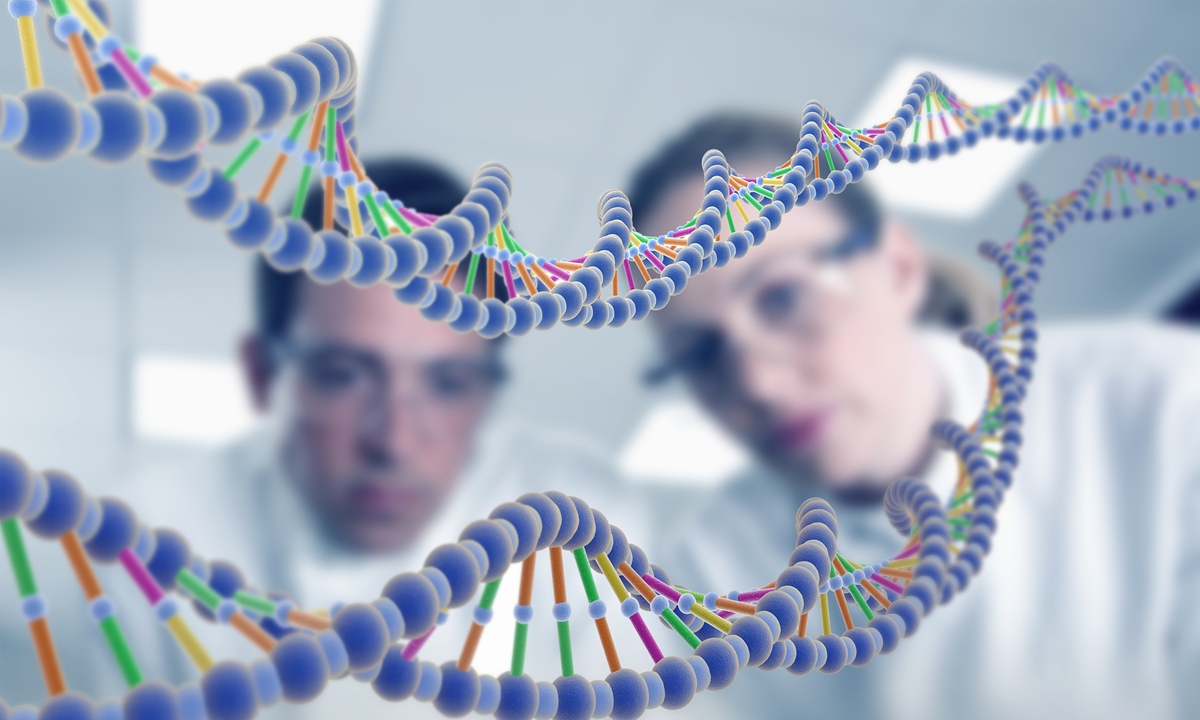 A lab in London for genes research. (Photo: VCG)

Five key genes are linked with the most severe form of COVID-19, scientists said, in research that also pointed to several existing drugs that could be repurposed to treat people who risk getting critically ill with the pandemic disease.

Researchers who studied the DNA of 2,700 COVID-19 patients in 208 intensive care units across Britain found that five genes involving in two molecular processes - antiviral immunity and lung inflammation - were central to many severe cases.

"Our results immediately highlight which drugs should be at the top of the list for clinical testing," said Kenneth Baillie, an academic consultant in critical care medicine at Edinburgh University who co-led the research.

The genes - called IFNAR2, TYK2, OAS1, DPP9 and CCR2 - partially explain why some people become desperately sick with COVID-19, while others are not affected, Baillie said.

The findings, published in the journal Nature, should help scientists speed up the search for potential drugs for COVID-19 by conducting clinical trials of medicines that target specific antiviral and anti-inflammatory pathways.

Among those with the most potential, he said, should be a class of anti-inflammatory drugs called JAK inhibitors, which includes the arthritis drug baricitinib, made by Eli Lilly.

Baillie's team also found that a boost in the activity of the INFAR2 gene could create protection against COVID-19, because it is likely to mimic the effect of treatment with interferon.

Various existing drugs are being explored in clinical trials for their potential against COVID-19 including interferon-beta-1a, interleukin-1 receptor antagonist and Sanofi's arthritis drug Kevzara.

So far, a steroid called dexamethasone and a newly developed antiviral called remdesivir, made by Gilead, are the only drugs authorized around the world to treat COVID-19 patients - although remdesivir is not recommended for severe cases of the disease and has had mixed results in trials.