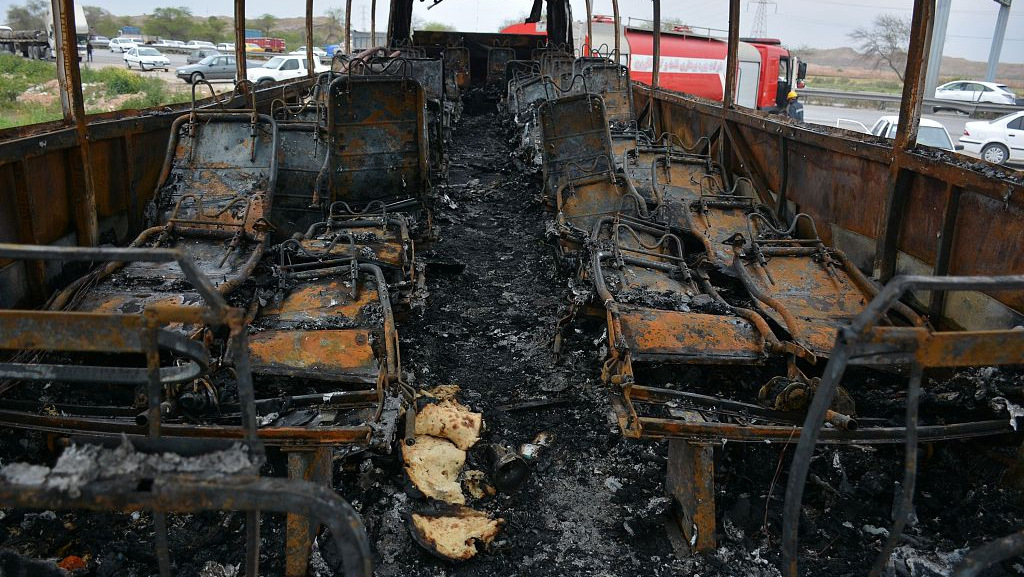 A burnt bus is seen at the scene of a gas pipeline explosion in Iran's oil-rich Khuzestan province on March 14, 2019. (Photo: CGTN)

At least five people were killed on Thursday in an explosion of the pipelines that link the gas network from Mahshahr city to Ahvaz city in southwestern Iran, the governor of Ahvaz told official IRNA news agency.

Six other people were injured, Jamal Alami Nisi was quoted as saying.

In the accident which happened on the pipelines along the highway, several cars caught fire which led to the casualties, Kyamars Hajizadeh, the crisis manager of the governor of Khuzestan province, told IRNA.