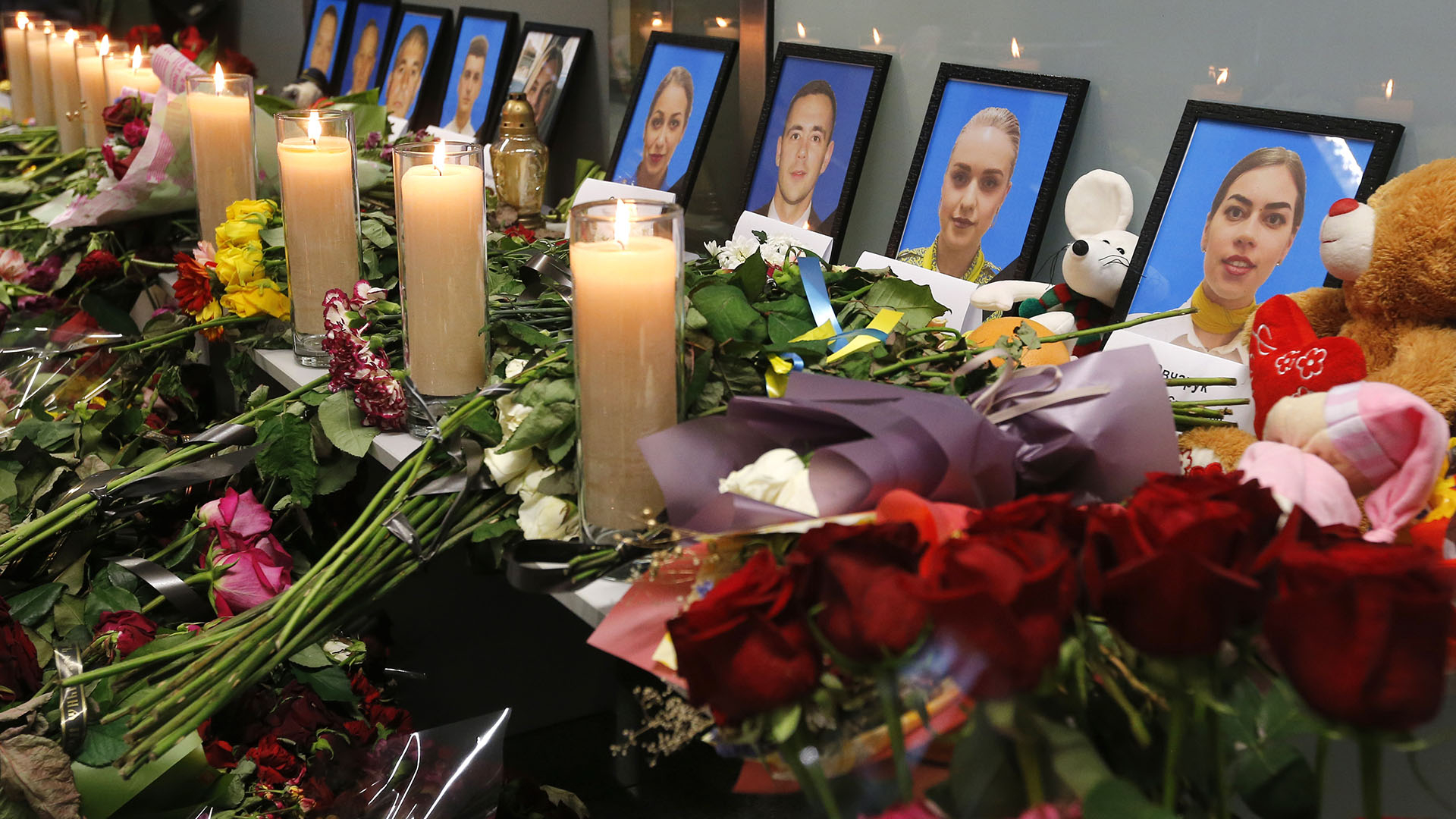 Flowers and candles are placed in front of portraits of the flight crew members of the Ukrainian 737-800 plane that crashed on the outskirts of Tehran, at a memorial inside Borispil international airport outside Kyiv, Ukraine, January 11, 2020. (Photo: AP Photo)

The government of the five nations who lost citizens after Iran shot down a Ukrainian airliner demanded that Tehran accept "full responsibility" and pay compensation to the victims' families, the Associated Press reports.

After a meeting in London, the foreign ministers for Canada, The U.K., Afghanistan, Sweden, and Ukraine pressed Iran for a "thorough, independent and transparent international investigation," and called for a criminal probe and "impartial" judicial proceedings against those responsible for downing the plane.

All 176 people on board the Ukraine International Airlines aircraft died when it was hit by ballistic missiles after taking off from Tehran's Imam Khomeini International Airport on January 8. The victims included 57 Canadian citizens, 11 Ukrainians, 17 Swedish, four Afghan and four British citizens, as well as Iranians.

Initially, Iran blamed a technical problem for the plane crash, before acknowledging its Revolutionary Guard had accidentally brought down the plane.