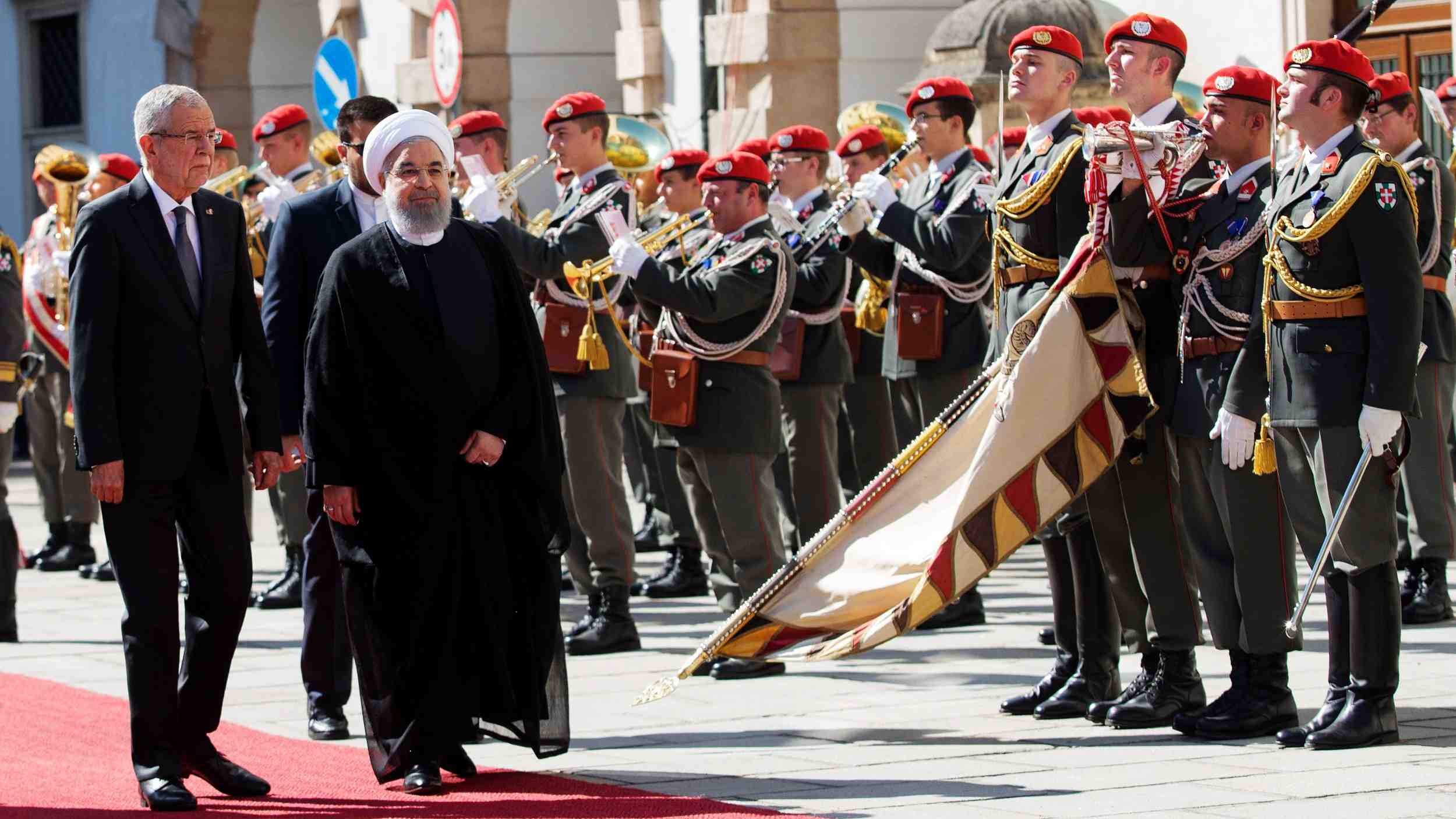 Foreign Ministers from China, Russia, Germany, France and UK will join their Iranian counterpart in the Austrian capital of Vienna on Friday in a bid to “prevent the disintegration” of the landmark nuclear deal after the unilateral US withdrawal from the pact earlier this year.

Confirming the Chinese foreign minister’s participation at the meeting, Beijing on Wednesday reiterated that it backs all efforts that are taken to uphold the accord between Iran and the six global powers reached in 2015, formally known as the Joint Comprehensive Plan of Action (JCPOA).

“China has always held that the JCPOA on Iran's nuclear program is an important result of multilateralism, which has played an important role in maintaining the international nuclear non-proliferation regime and maintaining peace and stability in the Middle East, and conforms to the common interests of the international community,” China’s Foreign Ministry Spokesperson Lu Kang told reporters in Beijing.

“State Councilor and Foreign Minister Wang Yi's attendance of the foreign minsters' meeting demonstrates China's clear stance to uphold the Iranian nuclear deal. We hope this meeting will send a clear message of unity, and build up the international community's confidence and support. China will keep in touch with all parties to the meeting to jointly push for a success of this foreign ministers' meeting,” he added.

The Vienna meeting, the first without the US, has been convened “to ensure the continued implementation” of the accord, which granted Iran a reprieve from sanctions in exchange for limits to its nuclear program, according to a European Union statement on Wednesday.

During the meeting, the ministers are likely to discuss an "incentive package" the European Union is formulating to persuade Iran to stay in the agreement, Iran’s official IRNA news agency reported. The meeting will seek "solutions to preserve the Iran nuclear deal after the illegal US action to withdraw," it said.

Russia asserted that the meeting will aim to "prevent the disintegration" of the accord and to "protect the interests of economic actors."

"We should send a message to Washington showing how much the position of countries participating in the deal differs from the stance of [US President] Donald Trump," Russian deputy foreign minister Sergei Ryabkov said in a statement to the Russian media.

Iranian President Hassan Rouhani, who arrived in the Austrian capital on Wednesday on an official visit, has reassured Tehran’s intention to stick to the nuclear deal despite the US pullout.

“Austria and the European Union are ready to maintain and deepen the framework for cooperation with Iran,” Austrian President Alexander Van der Bellen said following a meeting with Rouhani.

Iran's Foreign Minister Mohammad Javad Zarif, who will lead his side in Friday's talks, is also in Vienna as part of Rouhani's entourage.

The announcement of Friday’s foreign ministers’ meeting comes amid heightened tensions between Tehran and Washington over the US threats to cut Iranian oil exports even as the Iranian President looks to garner support for the nuclear deal in Europe.

"The Americans say they want to reduce Iranian oil exports to zero... It shows they have not thought about its consequences," IRNA quoted Rouhani as saying after meeting Yukiya Amano, the head of the International Atomic Energy Agency (IAEA) in Vienna.

Rouhani also warned that Iran could reduce its cooperation with the UN nuclear watchdog in response to further sanctions from the US.

Rouhani hardened position is being seen as a veiled threat to disrupt oil shipments from neighboring countries in the Persian Gulf if Washington tries to cut its exports.

While the Iranian president did not mention blockading the waterways categorically, an Iranian Revolutionary Guards commander explicitly issued a warning leaving no doubt about Tehran’s position. "If they want to stop Iranian oil exports, we will not allow any oil shipment to pass through the Strait of Hormuz,” Ismail Kowsari was quoted as saying by the Young Journalists Club (YJC) website.

The fears of an Iranian blockade of the Gulf prompted the US military to reiterate their promise of keeping the waterways open to oil tankers. Capt Bill Urban, a spokesman for the US military’s Central Command, told The Associated Press on Wednesday that American sailors and its regional allies “stand ready to ensure the freedom of navigation and the free flow of commerce wherever international law allows.”