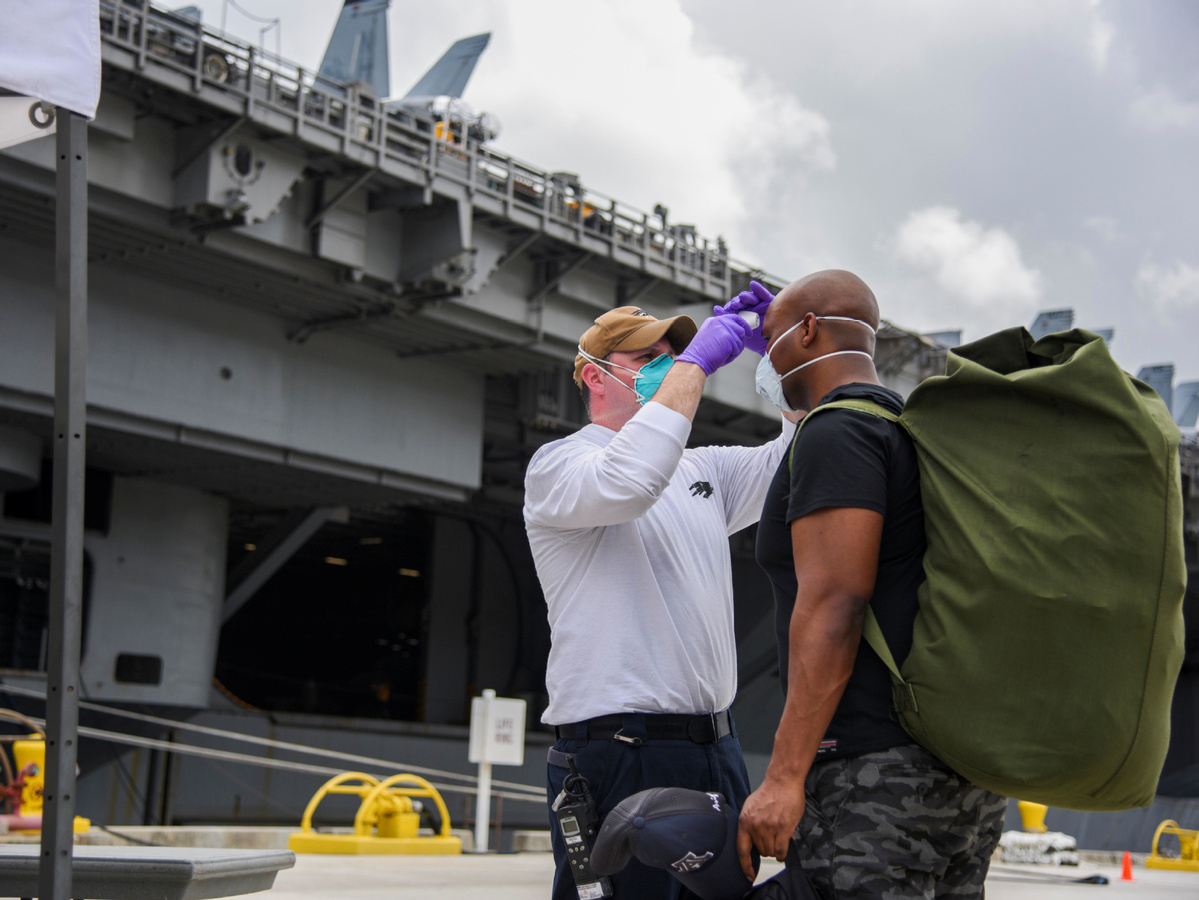 US Navy sailors assigned to aircraft carrier USS Theodore Roosevelt, who have tested negative twice for coronavirus disease (COVID-19), are asymptomatic and completed their off-ship quarantine or isolation, prepare to board the clean ship at Naval Base Guam on May 1, 2020. (Photo: Agencies)

WASHINGTON - Five sailors who had returned to nuclear-powered aircraft carrier USS Theodore Roosevelt after a coronavirus quarantine have tested positive for the virus again, the US Navy announced on Friday.

The sailors, the statement said, developed flu-like symptoms and "did the right thing reporting to medical for evaluation."

In a Pentagon briefing on Friday, chief spokesman Jonathan Hoffman called the outbreak on USS Theodore Roosevelt a "learning process."

"It's a stubborn disease. We're learning a lot. We're taking every step possible to get the ship fully clean and fully ready," he said.

The outbreak on the aircraft carrier, in which more than 1,000 sailors were reported to have infected with the coronavirus, came under spotlight after Brett Crozier, then commander of the ship, wrote a letter late March pleading for help evacuating the ship, when dozens on board had tested positive for the virus.

In doing so, Crozier was relieved of his command by then-acting Secretary of the US Navy Thomas Modly, who himself resigned later after his remarks lashing out at the captain backfired.

More than 4,000 sailors from USS Theodore Roosevelt's nearly 5,000-person crew were taken off the ship to quarantine after arriving in Guam on March 27, according to the US Navy.

In late April, the US Navy began returning sailors to the aircraft carrier. Returning to the ship required testing negative two consecutive times.

The US Navy has been conducting an investigation into the situation on USS Theodore Roosevelt. A Pentagon official has also announced that it would also investigate the Navy's response to the pandemic on its ships.