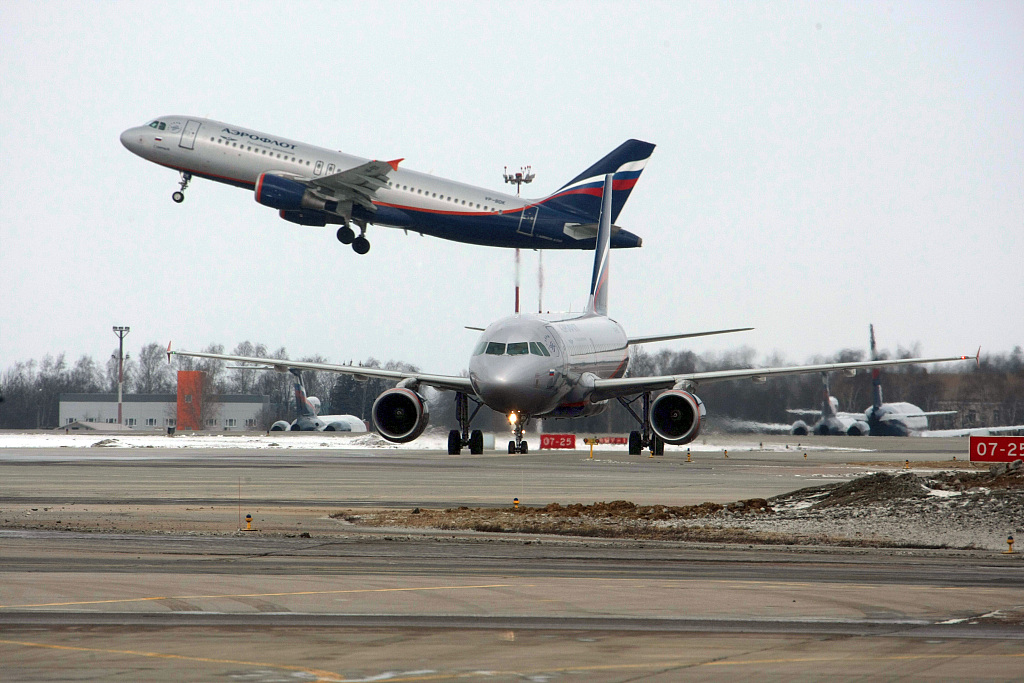 Airbus A-320 of the JSC Aeroflot - Russian Airlines flies above the new runway in the Sheremetyevo Airport. (File photo: VCG)

MOSCOW, July 19 (Xinhua) -- A flight bound for Armenian capital Yerevan cancelled its takeoff from Sheremetyevo International Airport in Moscow on Friday after smoke was detected inside the cockpit, Sputnik news agency reported.

There were 187 people on board the Boeing 747 plane, and all passengers were evacuated after the accident with eight people injured in the process, the Moscow Region branch of the Russian Emergencies Ministry told Sputnik.

"While the aircraft was taxiing toward the apron, a signal about smoke detected inside the cockpit was received ... The aircraft stopped and passengers were evacuated via inflatable slides and taken to the terminal F of the airport. The reserve aircraft is being prepared now..." a spokesperson of the ministry was quoted by Sputnik as saying.

The Federal Agency for Air Transport said it had formed a special commission to investigate the circumstances and reasons behind the incident.