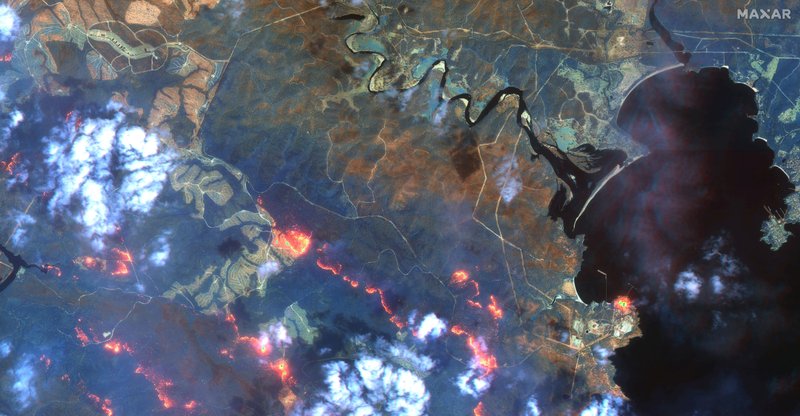 SYDNEY, Jan. 15 (Xinhua) -- Flights in and out of Australia's Melbourne airport were interrupted on Wednesday due to dense bushfire smoke reducing visibility and creating dangerous conditions.

Smoke drifting across from bushfires in Victoria State's East Gippsland region forced traffic controllers to close one of the airports runways, leading to the cancellation of 50 domestic flights.

A spokesperson for the airport told Xinhua that delays were likely to continue well into the afternoon and passengers should check for updates.

"We would expect some of the delays to continue into the evening and possibly again tomorrow," they said.

It is the second day of significantly reduced air quality for Melbourne after some flights were affected on Tuesday.

Qualifying sessions for the Australian Open were also affected by the hazardous smog, with matches postponed and at least one athlete suffering health concerns while playing.

The weather was expected to turn late on Wednesday with thunderstorms predicted to bring rain to the state's central districts clearing the air.

"Extensive smoke haze lingers across Victoria this morning, though much clearer conditions expected in Melbourne on Thursday after the arrival of a (southerly) change," a spokesperson for the Bureau of Meteorology posted online.

The fatality toll of Victoria's ongoing fire disaster rose to five on Wednesday after authorities said that the death of a Forrest Fires Management contractor who was killed in November when his vehicle rolled, would officially be attributed to the fires.