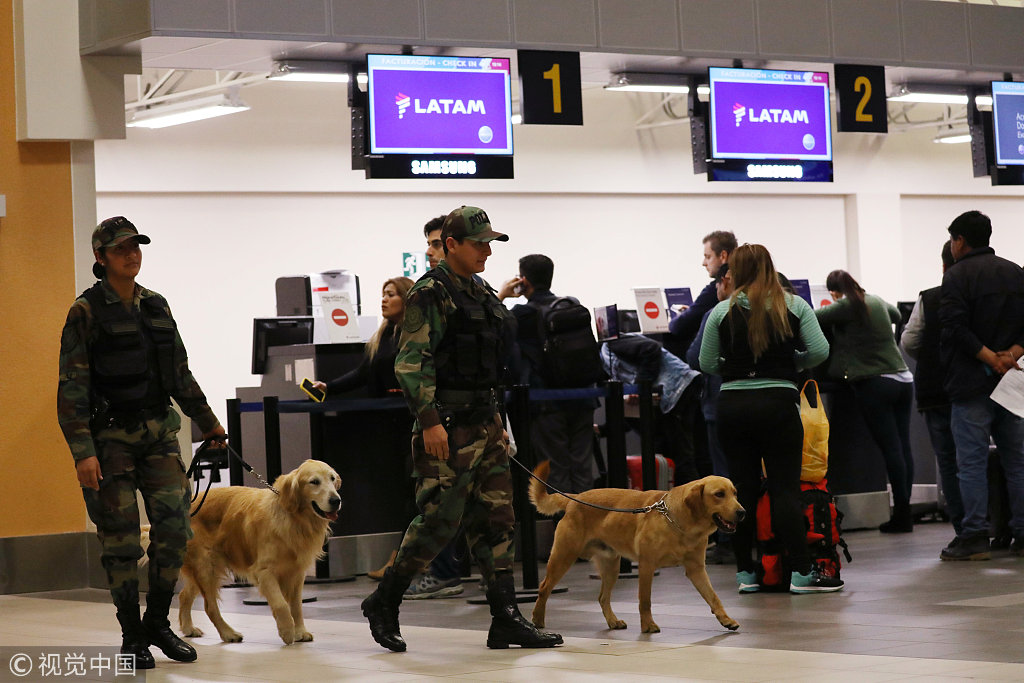 At least three airliners were forced to make emergency landings or turn back to their original airports in Chile and Peru amid a wave of what aviation officials said was a wave of false bomb threats Thursday.

Chile’s civil aviation agency said all three planes were inspected and it was determined there were no explosives on board.

Later Thursday, Victor Villalobos Collao, director of Chile’s civilian aviation authority, said authorities had received a total of 11 threats and had to carry out “a procedure” with respect to nine of them. He did not say what the procedure consisted of but said no explosives had been found.

Villalobos Collao said the threats were called in to concessions in Santiago’s airport, to LATAM and to the aviation agency.