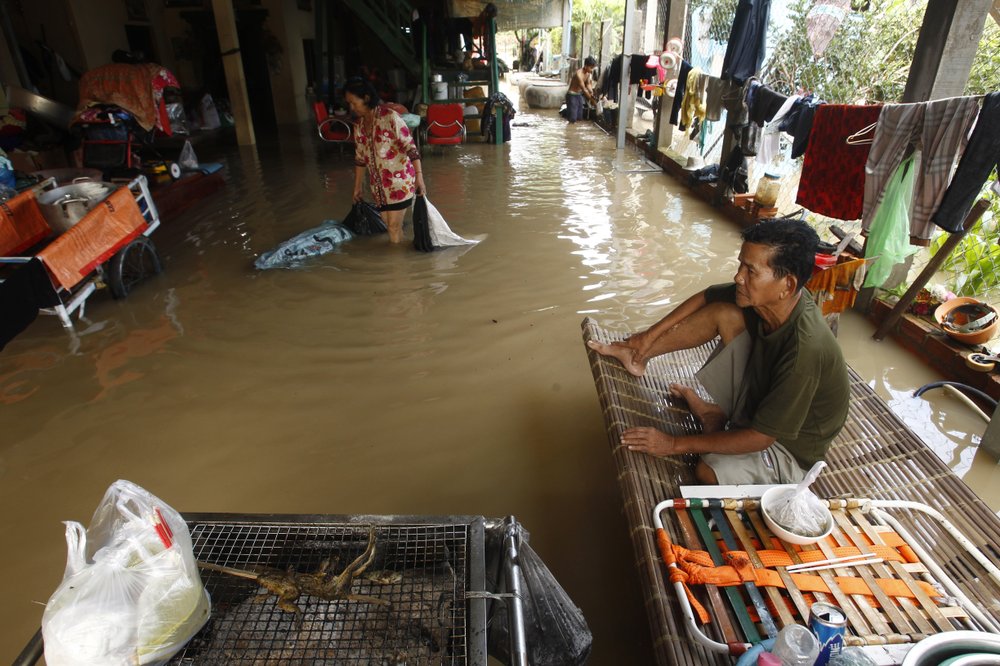 A man, right, sits on a bamboo bed as his wife, left, who wades through their flooded home following recent rains on the outskirts of Phnom Penh, Cambodia, Wednesday, Oct. 14, 2020. (File photo: AP)

PHNOM PENH, Oct. 27 (Xinhua) -- Flash floods in Cambodia have claimed 43 lives and forced the evacuations of 47,580 others so far, the National Committee for Disaster Management (NCDM) said in a report on Tuesday.

Seasonal rains, exacerbated by tropical storms, have caused floods in 19 of the kingdom's 25 cities and provinces since the beginning of the month, the report said, adding that 594,388 people have also been affected.

"As of Monday evening, the floods have killed 43 people, including 26 in Banteay Meanchey province," it said.

The worst-hit provinces included Banteay Meanchey, Pursat, Battambang and Kampong Thom as well as southwestern suburb of Phnom Penh, the report said, adding that the floods have also submerged 133,203 houses and 369,208 hectares of rice and other crops.

The Ministry of Water Resources and Meteorology said in a press release on Tuesday that further rain and wind are forecast on Oct. 28 and 29 because the kingdom is suffering from the impact of typhoon Molave.

Floods usually hit Cambodia between August and October. Last year, Mekong River and flash floods claimed 30 lives, as storms killed eight people and injured 131 others, according to the NCDM.