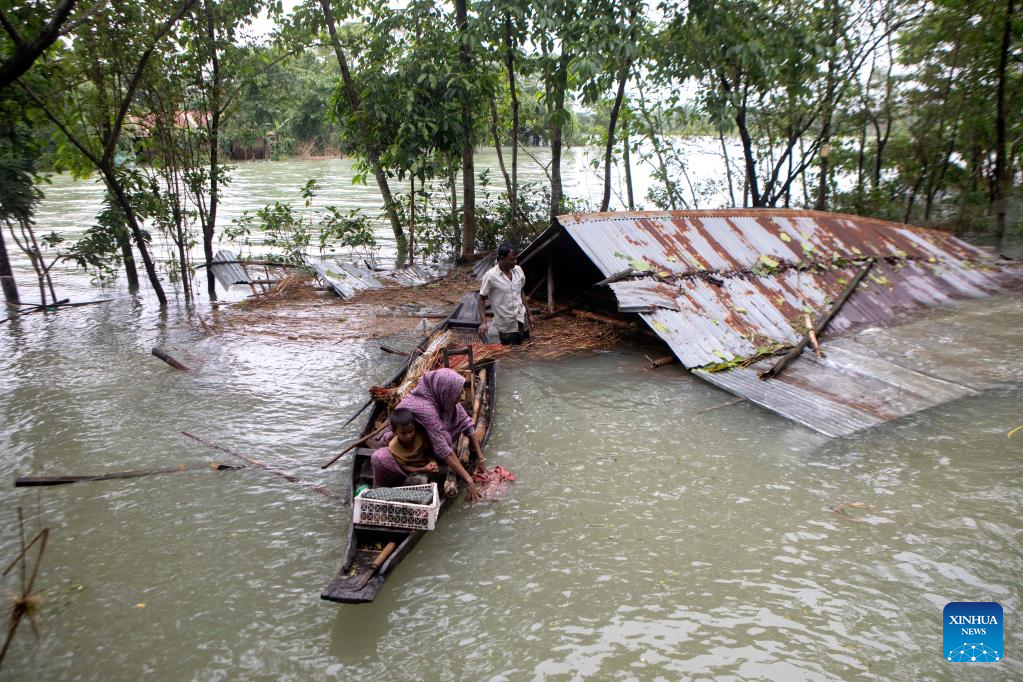 People move by boat from a flood-affected area to a safe place in Sylhet, Bangladesh, on June 19, 2022. (Photo: Xinhua)

According to the daily flood report of the Health Emergency Operation Center and Control Room on Saturday, most victims drowned but some died in snake bites, lightnings and other reasons in the flood-hit areas between May 17 to June 25.

At least nine deaths were reported in the last 24 hours as of Saturday morning.

Among the deceased, seven died by drowning in floodwater and one from snake bite and another one died of other reasons.