SYDNEY - A multiagency "strike force" has been deployed to help with the clean-up following major flooding across eastern Australia, providing support and assistance to thousands of affected residents. 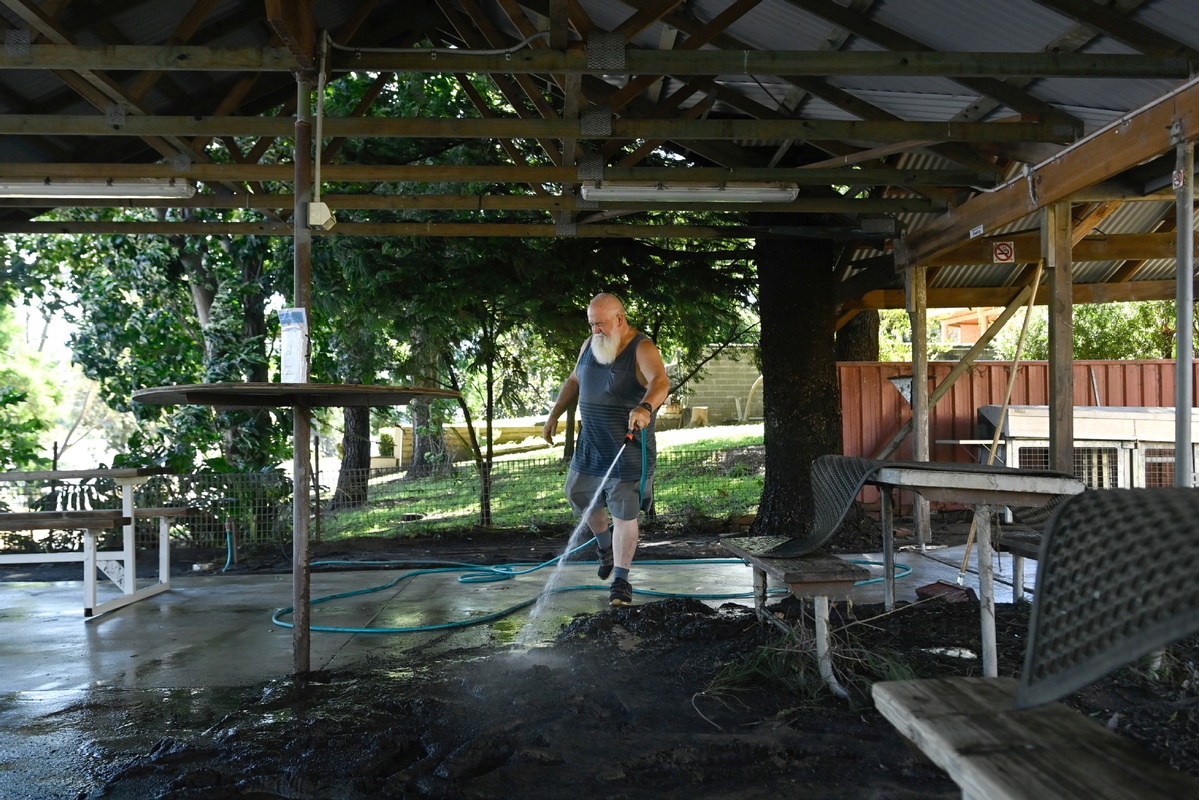 Terry Walker, a member of the Nepean Power Boat and Ski Club, cleans up flood damage to the premises in the suburb of Regentville, as the state of New South Wales experiences widespread flooding and severe weather, in Sydney, Australia, March 24, 2021. [Photo/Agencies]

The "strike force" is composed of personnel from the Australian Defence Force, Rural Fire Service, and New South Wales (NSW) state Fire and Rescue, commencing a clean-up program on the NSW Mid North Coast from Thursday.

Authorities said on Friday the initial priority is to remove debris and other waste to ensure roads are accessible and residents could safely return to their communities.

"Our emergency services personnel and volunteers have been outstanding in dealing with the wild weather and the floods, but the scale of rainfall has been enormous and the recovery process will be challenging," NSW Premier Gladys Berejiklian said.

"The deputy premier, backed by Resilience NSW, will be the minister responsible for the disaster recovery, as he was following the 2019/20 bushfires," Berejiklian said.

Having faced the extensive clean up and support effort following last year's devastating bushfires, NSW Deputy Premier John Barilaro said he was well placed to direct a similar response to the floods.

"The 2019/20 bushfires and the clean-up and recovery efforts that followed taught us a great deal," Barilaro said.

"Having worked on bushfire recovery for the past 15 months I will take that experience and those lessons with me to steer recovery following these extreme floods."

As well as the clean up, several government-backed social support agencies are working together to provide impacted people with information ranging from accommodation advice to insurance and legal support.