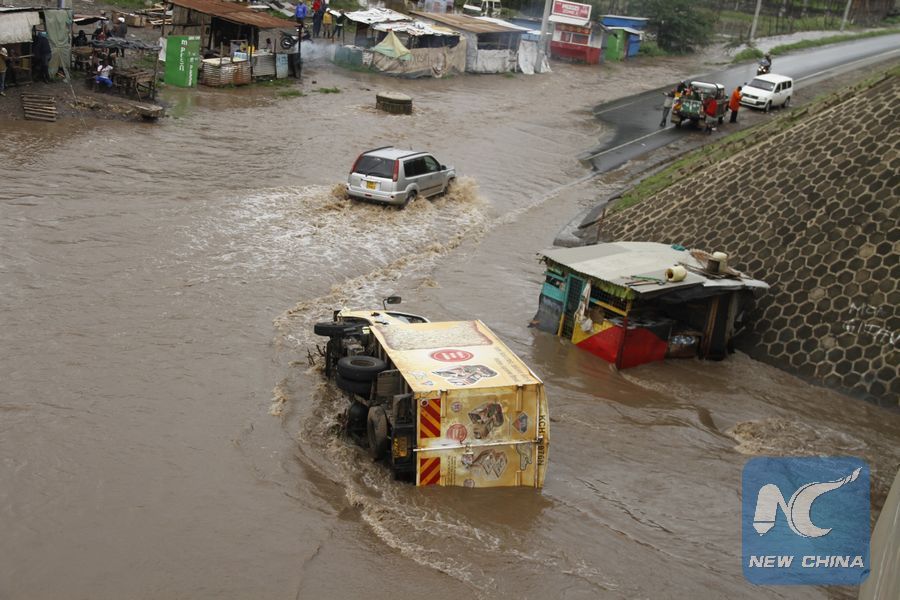 About 1.2 million people have been affected by flooding due to heavy rains pounding parts of Somalia, Ethiopia and Kenya, an international charity said on Tuesday.

The World Vision International said heavy rains have submerged homes, schools and businesses, displacing more than 700,000 people from their homes, and they are now camped out in tents on higher ground, in schools or other evacuation sites.

Stephen Omollo, World Vision's Vice President for East Africa said the charity's emergency response teams in partnership with local governments, in-country humanitarian agencies, and communities themselves, are working to address the immediate life-saving needs of the flood affected children and their families.

"Through our multi-country flood response, we are working to ensure access to food, water, shelter, and sanitation," Omollo said in a statement issued in Nairobi.

"Hundreds of thousands of children are at risk. They don't have food, and the water they're drinking is dirty. Their schools have been damaged, and their parents' means of earning an income has been destroyed by successive disasters," said Omollo.

He said first was the drought, and now flooding is wreaking havoc and will impact the lives of people for several months to come.