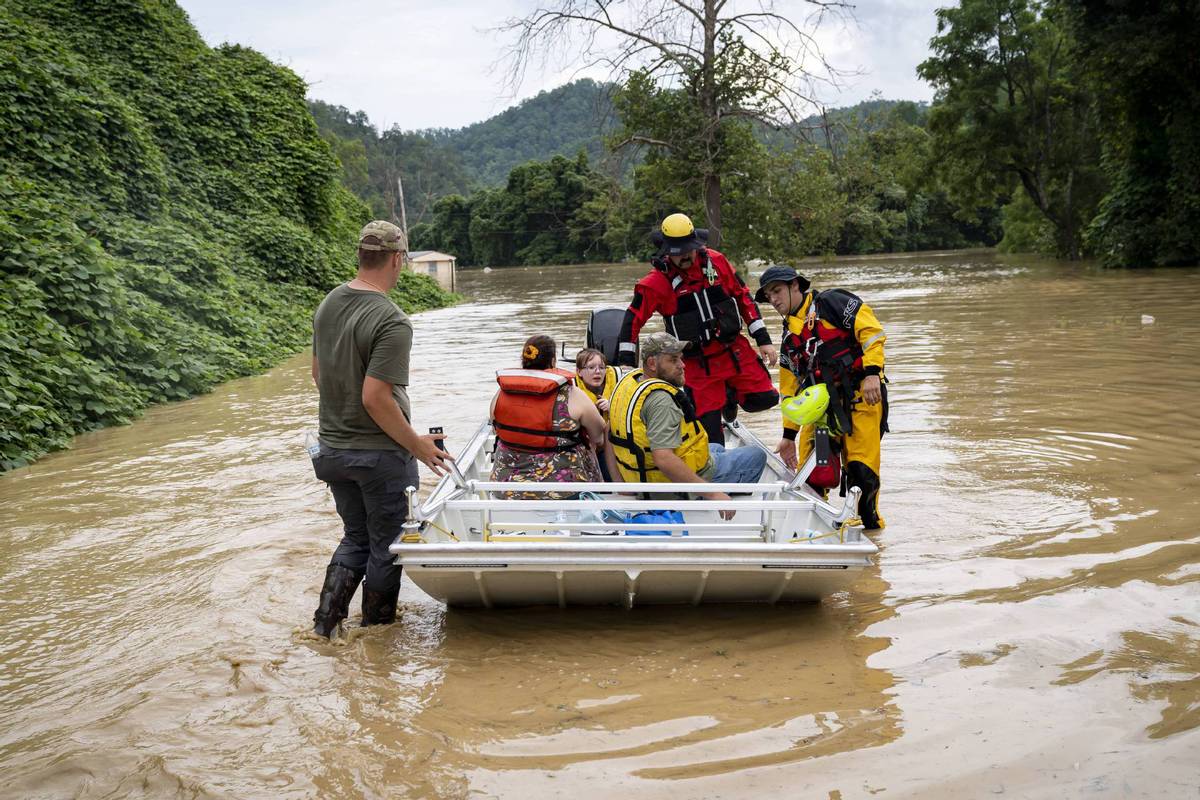 A rescue team from the Jackson Fire Department assists people out of floodwaters downtown on July 28, 2022 in Jackson, Kentucky. [Photo: Agencies]

CHICAGO - At least eight people were killed in Kentucky after heavy rain-caused flooding hit the eastern part of the US state.

Expecting deaths to rise into the double digits, Beshear has declared a state of emergency for all of Kentucky and called in the National Guard to assist in the hardest-hit parts.

Beshear has requested the Federal Government to provide federal aid to eastern Kentucky. "The damage suffered is enormous and recovery will be a long-term effort," he tweeted Thursday night. "This assistance is critical to our efforts and essential for our people."