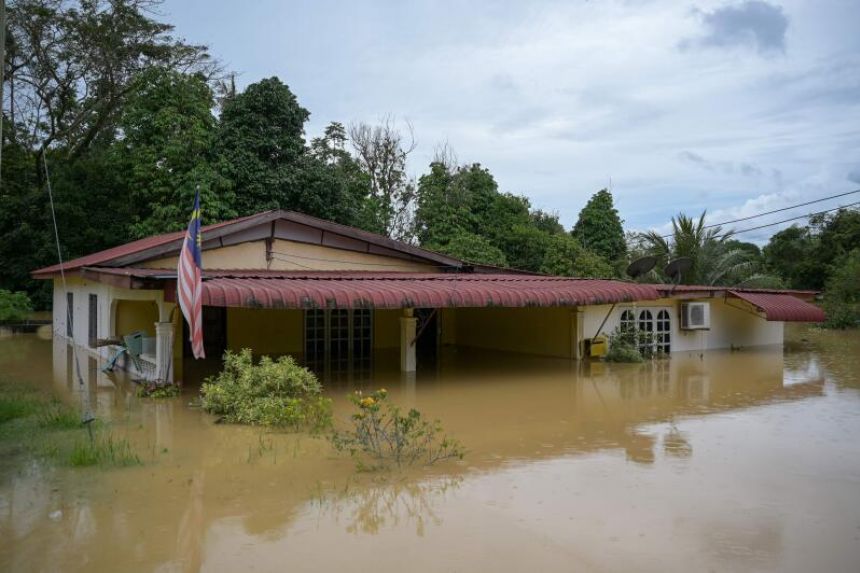 This year's rainy season is worse than in previous years. (File photo: AFP)

As of Friday afternoon, the states of Pahang, Terengganu, Kelantan, Perak and Johor have seen strong downpours with the east coast state of Pahang being the worst hit, with 26,250 people having to be evacuated and three rivers in the state having passed the danger level, according to the data released by the department.

The body of a 19-year-old woman who had fallen off a capsized boat was recovered, according to state news agency Bernama, bringing the death toll related to the floods to at least six.

Meanwhile, Malaysia's meteorological department issued an alert warning that the bad weather and continuous heavy rains are expected to continue till Jan. 12.