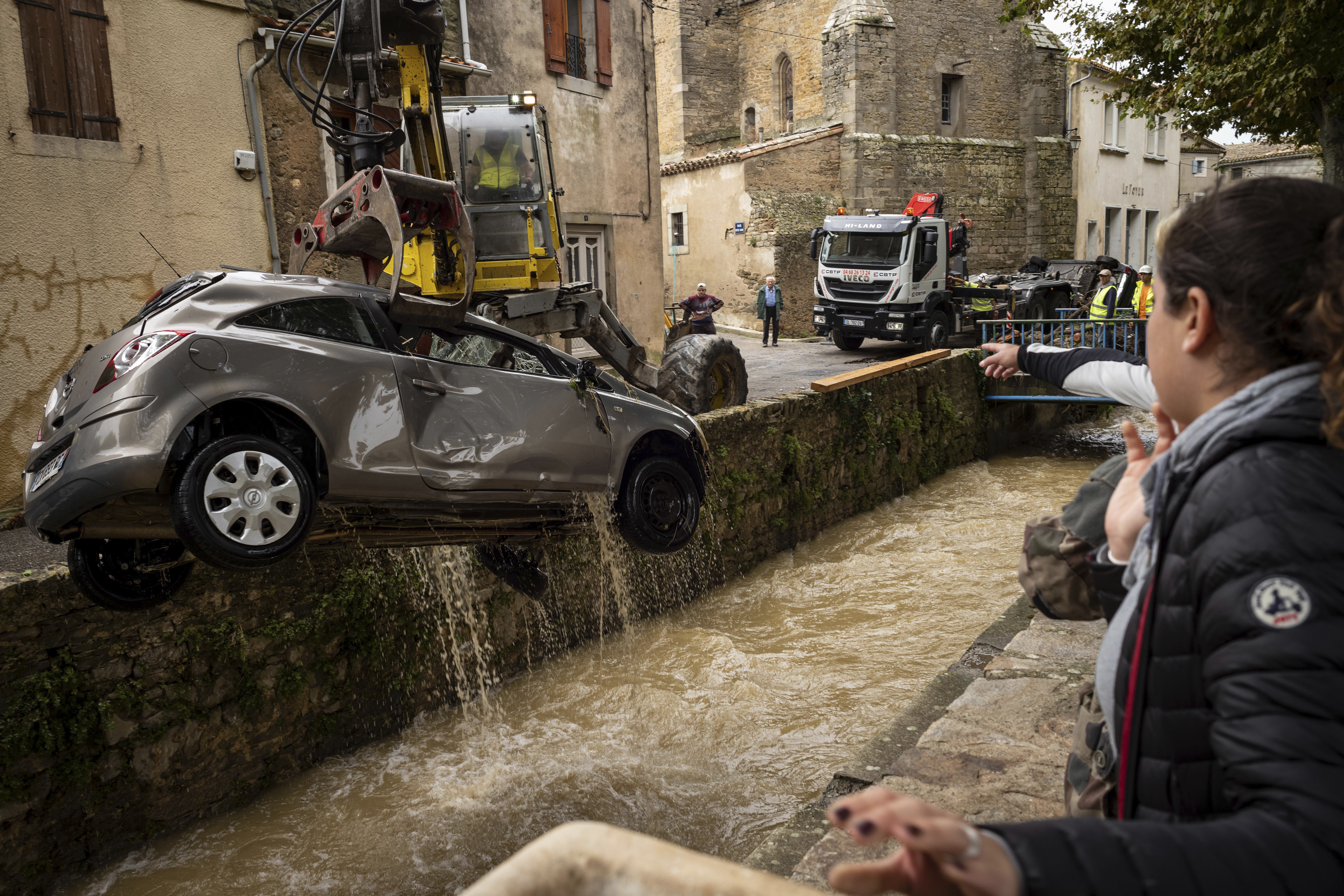 Residents watch workers pulling a car out of a torrent after flash floods in the town of Villegailhenc, southern France, Monday, Oct.15, 2018. (Photo: AFP)

Citing rescue teams, Franceinfo said nine people were confirmed dead in Trebes and two others in the village of Villegailhenc. A nun was swept away by raging water in Villardonnel and one body was found in Villalier.

"The death toll is unfortunately likely to increase," French Interior minister's spokesperson was quoted as saying by local media.

Several months worth of rain fell in just a few hours overnight in L'Aude, triggering unprecedented rise in water level. The villages of Conques-sur-Orbiel, Trebes and Villardonnel were the worst-hit zones where rail traffic were suspended, roads and schools remained closed on Monday.

French authorities had ordered the evacuation of about 1,000 inhabitants in Pezens and recommended people in the affected area to stay at their home.

Some 750 rescuers, 160 gendarmes in addition to 7 helicopters have been deployed to ensure rescue operations in the affected areas.

Philippe, who also takes in charge interior portfolio until a due cabinet reshuffle, said he would visit the struck regions in the afternoon "as soon as operational conditions allow."

French weather agency Meteo France has put Aude under red alert and six other areas under orange alert and decided to maintain the alert system in these areas till Tuesday morning based on risks of flood in these areas.