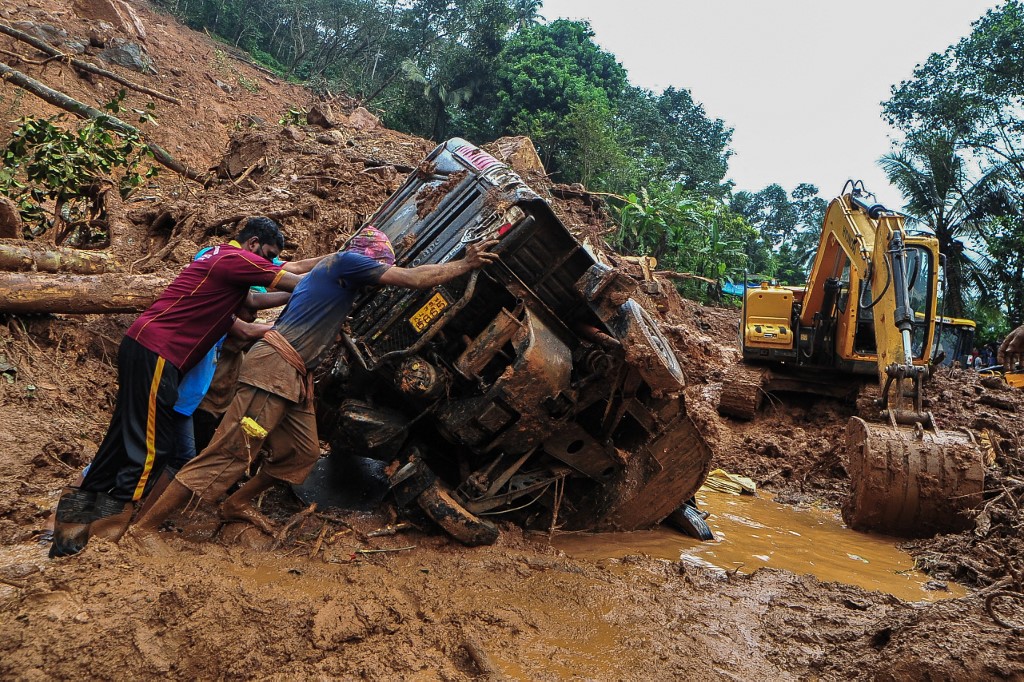 Rescue workers push a overturned vehicle stuck in the mud and debris at a site of a landslide claimed to be caused by heavy rains in Kokkayar in India's Kerala state on October 17, 2021. (Photo: AFP)

According to media reports, at least five people died in the state during the past 24 hours. Many parts of the state remain cut off, with main highways and roads washed away by gushing waters.

TV reports showed gushing waters passing through the streets of Nainital, a major tourist destination in the state, with a couple of landslides happened in Chamoli district.

"Prime Minister Modi took stock of the situation over phone about the heavy losses the state has suffered by the natural tragedy. Under the directions given by the PM, the state government will leave no stone unturned in dealing with the natural tragedy," tweeted Dhami.

Besides Uttarakhand, India's southern state of Kerala too is witnessing deadly floods over the past few days. More than 25 people have died in Kerala, said media reports.

Due to heavy floods and loss of lives during the past few days, a high alert has been sounded in Kerala's Idukki, Kottayam and Ernakulam districts.