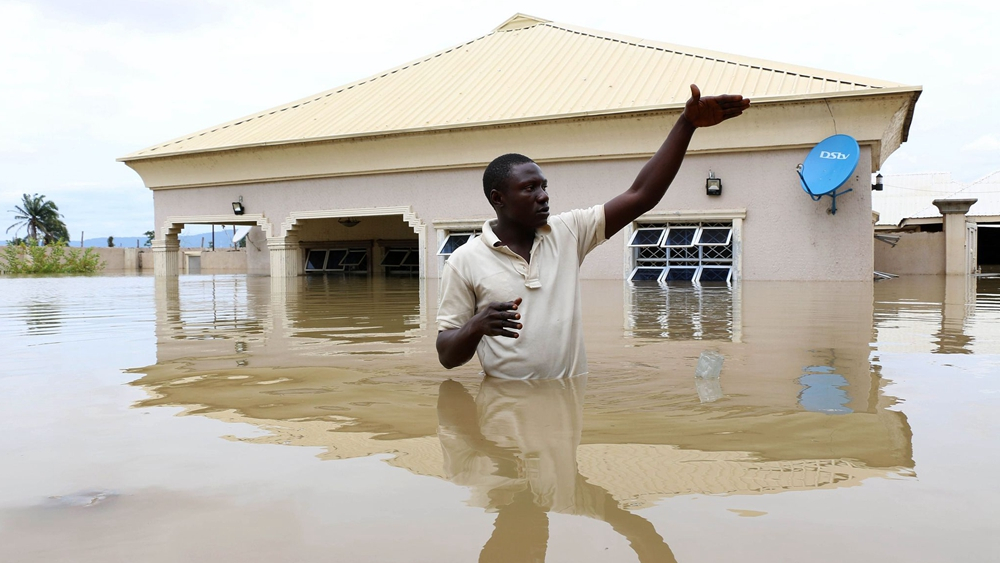 Floods in much of central and southern Nigeria have killed 100 people across 10 states, the country's emergency and disasters agency said on Monday.

Such flooding tends to occur every year in the rainy season, exacerbated by poor infrastructure and lack of planning to protect against inundation, but this year the destruction has been the worst since 2012.

"Based on the data available, 100 people have so far died in 10 states," said Sani Datti, spokesman for the National Emergency Management Agency (NEMA), following heavy rain over the past days.

He said a national disaster has been declared in four states – Kogi, Niger, Anambra and Delta, meaning the federal government had taken over the search, rescue and rehabilitation of victims.

Delta is an oil-producing state in the Niger Delta region, home to Africa's biggest energy industry, where the Niger river fans into creeks before emptying into the Atlantic. There has been no reported impact on crude oil production from the floods.

Kogi and Niger are states in the center of the country whereas the other two are in southern regions.

Floods partially submerged houses in Lokoja, capital of Kogi. The city lies at the confluence of the Benue and the Niger, Africa's third-longest river, making it particularly vulnerable.

"The water started coming this month and after a while it appeared behind our houses and continued without let-up until last week when the water surrounded our houses," said Angulu Atodo, a retiree in Lokoja.

"I didn't have anywhere to go. They carried us off to a place far away and we have been there without any food or anything."

Around the city, residents used canoes to make their way between houses. Nearby, flood control walls being built by the government remained incomplete.

Flooding in recent years has left hundreds of thousands of people homeless in Nigeria.