MONTEVIDEO, June 18 (Xinhua) -- At least 5,400 people had to be evacuated due to floods that hit the central and southern region of Uruguay, the National Emergency System (Sinae) reported on Tuesday. 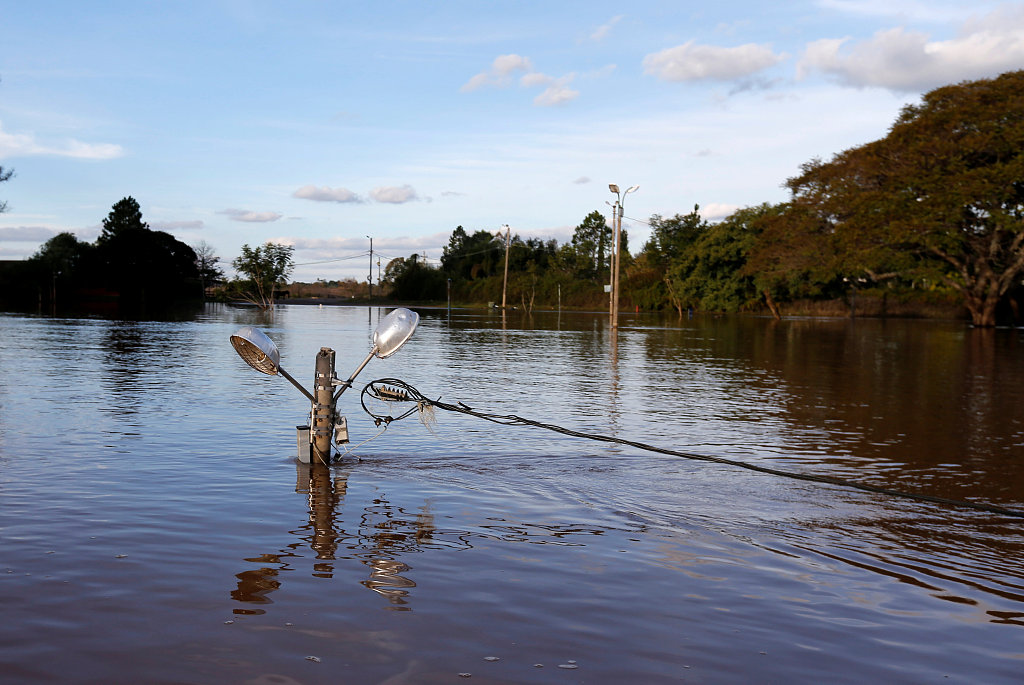 A flooded street is seen at the Uruguayan city of Salto over the Uruguay river that divides Uruguay and Argentina, June 14, 2017. (File photo: VCG)

The worst affected area is Durazno, capital of the central homonymous department, where 3,248 people had to leave their homes, according to the official report.

Fernando Traversa, national director of Sinae, and Deputy Minister of Defense Andres Berterreche visited the southern department of Florida in the morning, where 926 people were evacuated, and in the afternoon they toured the affected areas of Durazno.

The Yi River, near Durazno, rose 11.84 meters above its normal level by Tuesday afternoon, although it started to decrease by an inch (2.54 cm) per hour, according to local media.

The floods also caused the blockade of different sections of 14 national roads.

Juan Andres Roballo, deputy secretary of the Uruguayan presidency, said on Monday that they're arranging shelter, food, health and safety for the evacuees and their belongings.

According to the Uruguayan Institute of Meteorology, some southern areas recorded a rainfall of 200 to 270 mm per square meter from June 11 to 16.