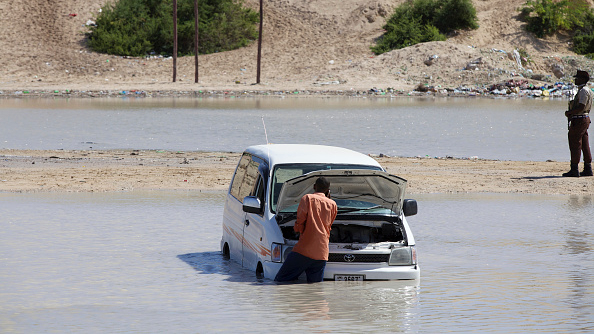 MOGADISHU, Nov. 6 (Xinhua) -- Floods have killed at least 17 people and displaced more than 370,000 in Somalia, destroying farmland and infrastructure in the Horn of Africa nation, the United Nations said on Wednesday.

The UN Office for Coordination of Humanitarian Affairs (OCHA) said some 547,000 people have been impacted by the floods. "In Belet Weyne district, an estimated 45,500 households (273,000 people) have fled their homes. Farmland, infrastructure, and roads have been destroyed in some of the worst-hit areas in Hirshabelle, Jubaland and Southwest states," said the UN in its latest update on flooding in Somalia.

Rains would continue in November and aid agencies are warning of waterborne diseases and mass displacement, according to the forecast by the Food and Agriculture Organization of the United Nations (FAO)-managed Somalia Water and Land Information Management (SWALIM).

SWALIM forecasts that high river levels and flooding in Beletweyne and other areas along the Shabelle basin are likely to be sustained in the next couple of days given the current situation and forecast rains.

It said the rains could possibly relieve prevailing water crisis in some parts of Puntland in northeast Somalia which has come about because of delayed Deyr seasonal rains.