NAIROBI, Oct. 31 (Xinhua) -- At least 29 people have been killed and more than 100,000 others affected since October as raging floods cause havoc in many parts of Kenya, an UN agency said on Thursday. 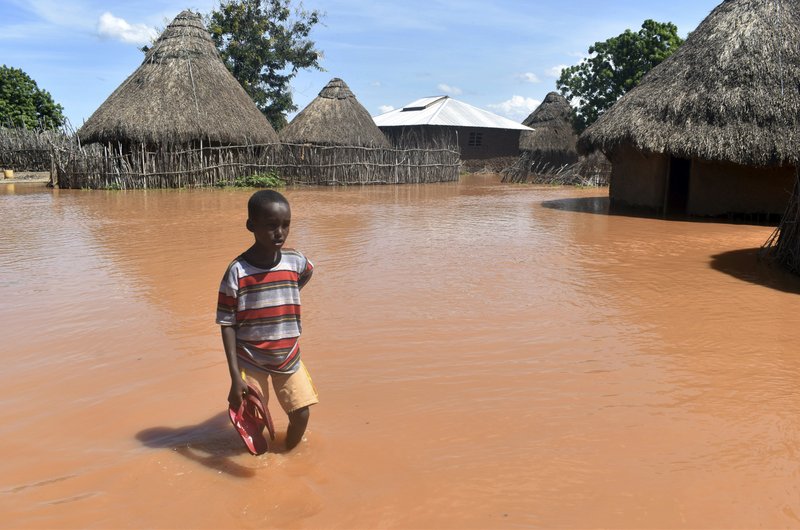 The UN Office for Coordination of Humanitarian Affairs (OCHA) said the heavy rains which started in early October have also displaced thousands of people and threaten to unleash a wave of communicable diseases like cholera, typhoid and malaria.

Citing figures from the Kenya Red Cross Society, the UN humanitarian agency said the rains have driven flash floods, mudslides and landslides in various counties, with Wajir county in northeast Kenya amongst the hardest-hit.

"At least 29 flood-related deaths have been reported and the death toll and number of people displaced is expected to rise in the days ahead as further information is received and verified from affected areas," OCHA said in its latest update on floods in Kenya.

It said the floods have damaged infrastructure, including roads and bridges, and access to food, education and healthcare has been hampered.

The heavy rains follow a period of prolonged drought which saw the number of severely food insecure people in Kenya rise to 3.1 million.

According to OCHA, heavy rainfall in many regions of Kenya since the start of the short rains season in early October has led to riverine and flash floods, rock falls, mudslides and landslides.

More than 101,000 people have been affected, mainly in the north-eastern, central, and coastal regions, according to the Kenya Red Cross Society (KRCS).

The KRCS has confirmed that at least 14,000 people have been displaced who were living in low-lying areas where rivers have burst their banks.

Destruction and damage of key infrastructure, including roads, bridges, schools and health facilities, has been reported in multiple locations.

At least 983 acres of farmland have reportedly been destroyed and 21,710 livestock washed away, according to the KRCS, severely impacting livelihoods, including in areas already facing challenges due to drought.

Kenya and its neighbors such as South Sudan and Somalia have been experiencing above normal rainfall accompanied by flash floods.

"At least 52 schools are inaccessible in Mandera and Wajir counties and some 14 health facilities cannot be reached in Mandera, Wajir and Marsabit. Many parts of Mombasa County have reported power outages caused by fallen electricity pylons or water-soaked transformers," said the UN.

It said two bridges, including one linking Diani and Lungalunga at Kinondoni and the main bridge linking Tanzania and Kenya at Mihogoni trading centre, have been badly damaged.

"Roads linking various towns and settlements in the county are impassable, hampering the supply of essential food commodities and drugs for health facilities," said OCHA.

There are reports of shortages of food and the price of available food has started to increase.