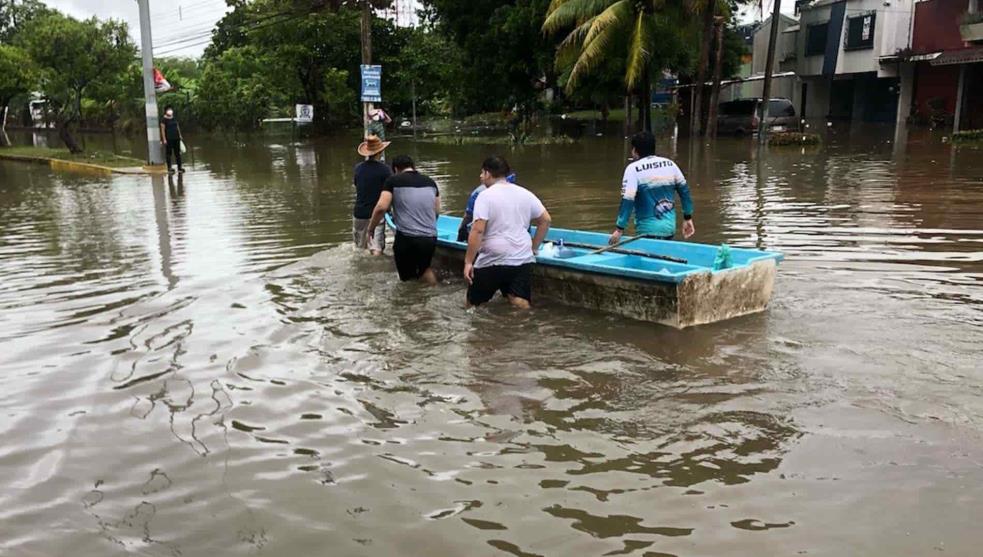 MEXICO CITY, Nov. 9 (Xinhua) -- At least 27 people have died and thousands have been displaced or left homeless from severe flooding in the states of Chiapas and Tabasco, in southeast Mexico, as a result of unprecedented downpours in the region, top officials said on Monday.

"There was record rainfall. It had never rained so much. I am talking about the past 50 years in the case of Tabasco ... It was something extraordinary," Mexican President Andres Manuel Lopez Obrador, who is from Tabasco, told reporters at his daily press conference.

"Fortunately the rains have stopped and no showers are expected for the next few days," said Lopez Obrador.

According to the National Civil Protection Coordination, the effects of two cold fronts caused the death of 22 people in Chiapas, where 16,000 people in 32 towns have been affected.

In Tabasco, the storm claimed five lives and affected just over 148,000 people in eight towns, the agency said.

"The torrential rains registered in the north of the state of Chiapas, on the border with Tabasco, caused the rivers that flow between the two states to rise," worsening flooding from rainfall, the agency added.

The Mexican government has deployed more than 4,300 troops from the defense and naval ministries to help rescue and support the affected region.