HANOI, Dec. 3 (Xinhua) -- Downpours and floods in Vietnam's central and central highlands regions left seven people dead and one missing in the past few days, the country's Central Steering Committee for Natural Disaster Prevention and Control said on Thursday. 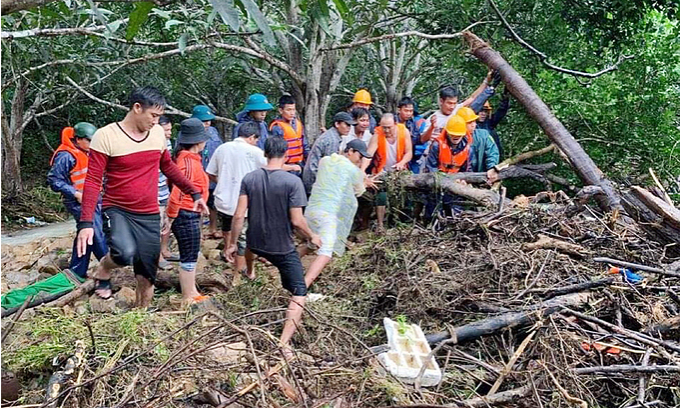 Rescue forces try to find bodies of a man and his two daughters swept away by flash floods in Nha Trang, December 1, 2020. (Photo: Agencies)

The eight victims were recorded in Khanh Hoa and Lam Dong provinces.

About 746 hectares of rice were also affected and several roads suffered from landslides and inundation, causing traffic digestion in provinces including Dak Lak and Quang Nam, according to the committee.

Natural disasters, mainly landslides, floods and hailstones, left 335 people dead and missing in Vietnam in the first 10 months of this year, causing an economic loss of over 21 trillion Vietnamese dong (913 million US dollars), said the committee.