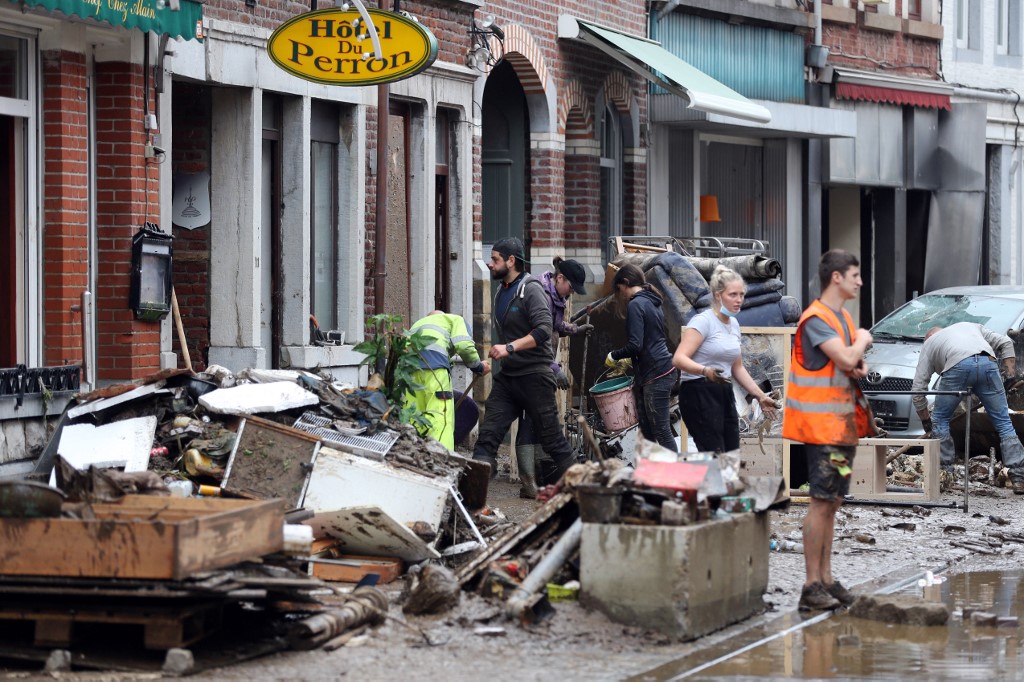 Residents and workers clear up a street after the floods caused major damage in Theux, near Liege, on July 16, 2021. (Photo: AFP)

The death toll from devastating floods in Europe soared to at least 126 on Friday, most in western Germany where emergency responders were frantically searching for missing people.

Unsuspecting residents were caught completely off guard by the torrent dubbed the "flood of death" by Germany's top-selling daily Bild.

Streets and houses were submerged by water in some areas, while cars were left overturned on soaked streets after flood waters passed. Some districts were completely cut off from the outside world.

"Everything was under water within 15 minutes," Agron Berischa, a 21-year-old decorator from Bad Neuenahr in Rhineland-Palatinate state, told AFP.

"Our flat, our office, our neighbours' houses, everywhere was under water."

Residents were shocked by the damage as floodwaters continued to rise overnight.

"We rushed home and found ourselves waist-deep in water. And overnight another 50 centimetres were added," said Christoph Buecken in Eschweiler in North Rhine-Westphalia (NRW).

Adding to the devastation, several more people were feared dead in a landslide in northern Germany on Friday triggered by floods.

Hundreds were unaccounted for in the country, while the death toll in Belgium jumped to 23 with more than 21,000 people left without electricity in one region.

Luxembourg and the Netherlands were also hammered by heavy rains, inundating many areas and forcing thousands to be evacuated in the city of Maastricht.