Seven people were reportedly killed as Florence, which has been downgraded from hurricane to tropical storm, keeps drenching the Carolinas, US media outlets Fox News and NBC News reported.

According to the National Hurricane Center (NHC), Florence made landfall near Wrightsville Beach, North Carolina at 7:15 a.m. EDT (1115GMT) with estimated maximum winds of 90 mph (150 km/h), on Friday morning.

It has brought catastrophic flooding in portions of North and South Carolina, says NHC.

A 77-year-old man was found dead at his residence in Kinston, North Carolina, on Friday. It is believed he died by being blown down by wind when he went outside to check on his hunting dogs, according to CNN.

Earlier, a woman and her baby were killed when a tree fell on their house and at least two other storm-related deaths were reported on Friday as Hurricane Florence slammed into the Carolinas. 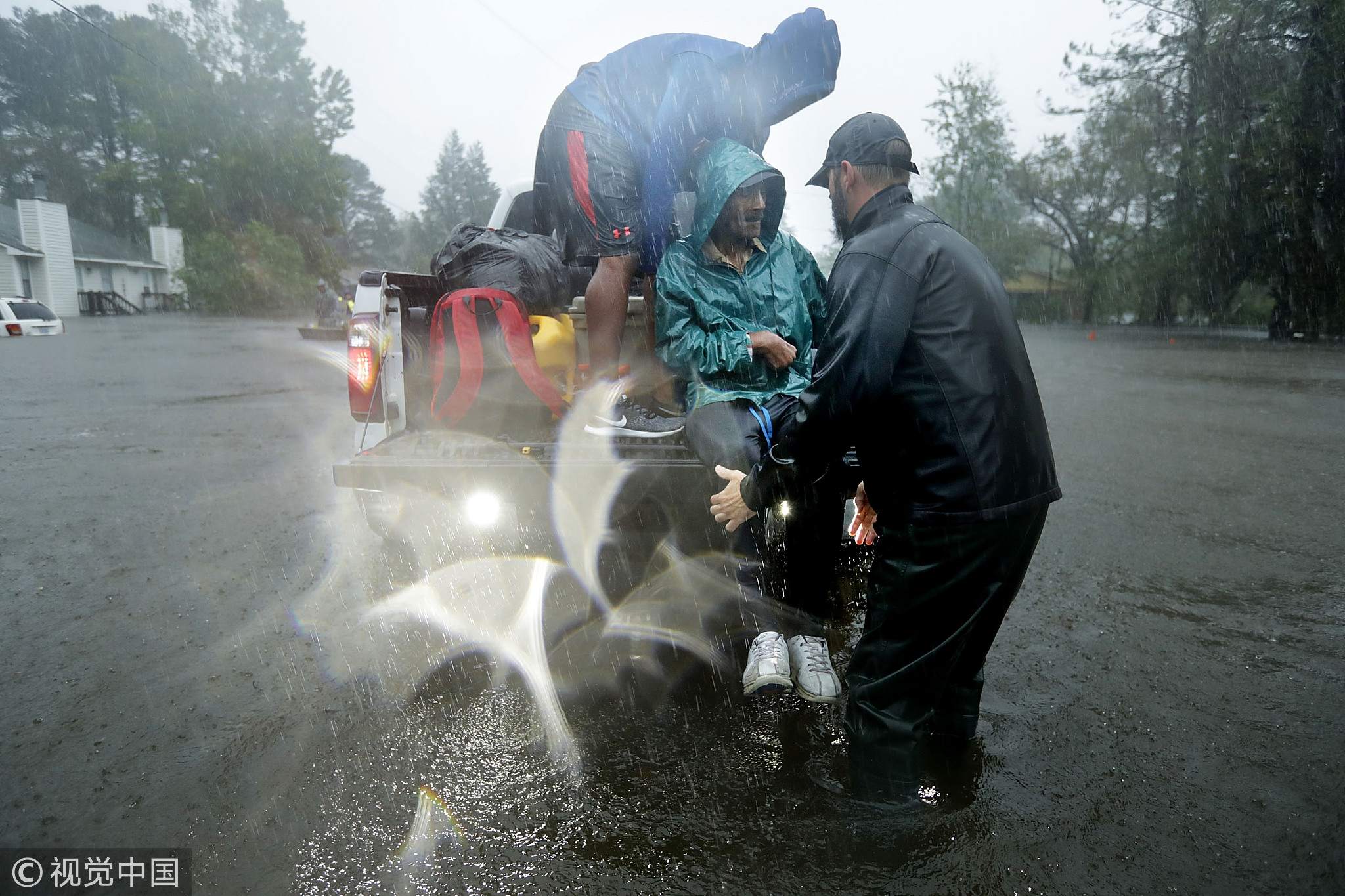 The center of Florence has crossed into eastern South Carolina and is moving west at just 3 mph, according to the latest advisory from National Hurricane Center.

The hurricane was downgraded Friday afternoon to a tropical storm with winds of 70 mph (110 km/h) along the US East Coast.

However, authorities are still warning the danger was far from over.

"We are expecting several more days of rain," North Carolina Governor Roy Cooper said, describing the amount of rainfall from the hurricane as a "1,000-year event."

Utility companies estimate that 1 million to 2.5 million customers could be without power before the end of the storm, said Cooper.

The White House said President Donald Trump was to visit hurricane-hit areas next week "once it is determined his travel will not disrupt any rescue or recovery efforts."