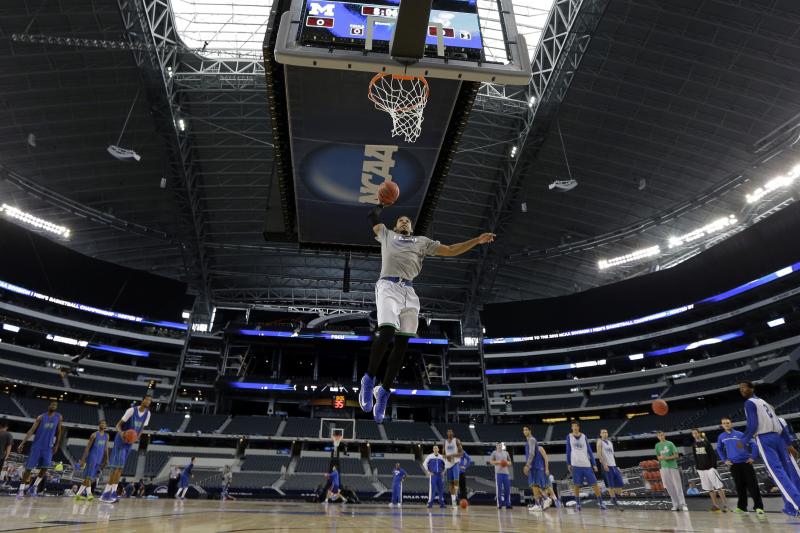 Florida Gulf Coast University is known for its basketball (March 2016), but now is in the spotlight over a White Racism class. Photo: AP

Washington (People's Daily) -Campus police at a university in Florida were stationed outside a sociology class on White Racism after the professor received numerous threatening emails and voice messages.

“My White Racism course is not anti-white, it is anti-white racism,” explained Thornhill.

As the course introduction explained the classwill, “interrogate the concept of race; examine the racist ideologies, laws, policies, and practices.”

Thornihill's class began Tuesday and was filled to maximum capacity with 50 students.

On college and university campuses in America, professors are often threatened. In 2016, over 100 harassment cases were reported.

Thornhill said some of the hate mail he received was provocative and threatening, and he was unsure what would happen during his class.

Reports emerged that some of the FGCU students became uneasy after they saw the extra security near the classroom.

US higher-learning institutions are liberal, and many professors and students are more left-leaning than conservative.

Last year, protests and demonstrations happened at universities like UC Berkley in San Francisco and the University of Virginia in Charlottesville.

Fortunately, Tuesday’s class did not offer any surprises and will continue on its same weekly schedule. It isn’t known whether campus police will be called to stand guard again.

FGCU Vice President and Chief of Staff Susan Evans said that the university's police department would determine going forward if there would be anything new that could warrant attention beyond the normal campus routine.