Florida, North and South Carolina faced a massive clean-up on Saturday from the destruction wrought by Hurricane Ian, after one of the most powerful storms ever to hit the U.S. mainland caused tens of billions of dollars in damage and killed more than 20 people. 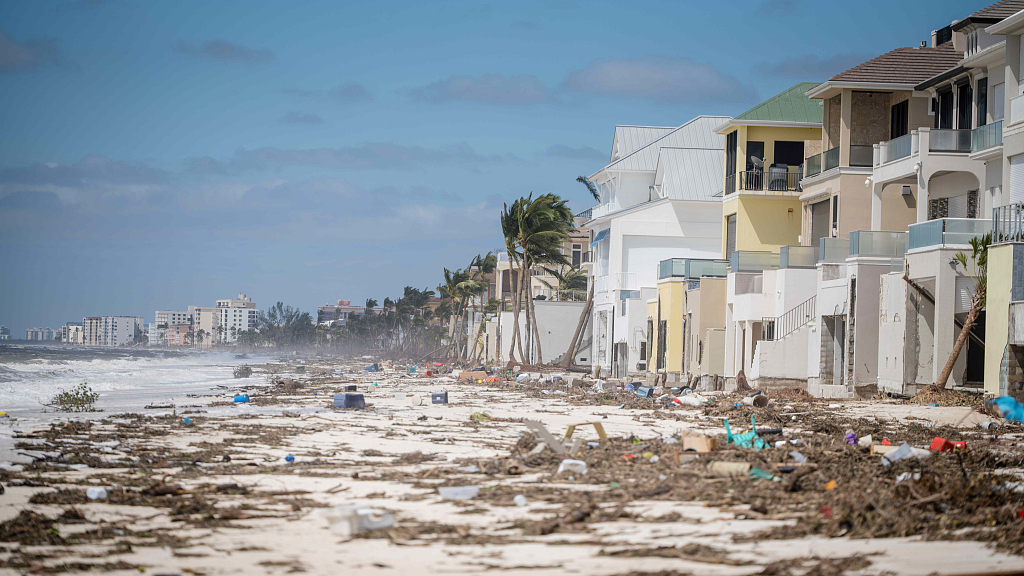 New images from the National Oceanic and Atmospheric Administration showed that several beach cottages and a motel building that lined the shores of Florida's Sanibel Island were wiped away by Ian's storm surge. Even though most homes were still standing, they appeared to have roof damage, the images showed.

Ian, now a post-tropical cyclone, was weakening but still forecast to bring treacherous conditions to parts of the Carolinas, Virginia and West Virginia into Saturday morning, according to the National Hurricane Center.

"Major to record river flooding will continue across central Florida through next week. Limited flash, urban and small stream flooding is possible across the central Appalachians and the southern Mid-Atlantic this weekend, with minor river flooding expected over the coastal Carolinas," it said.

The storm struck Florida's Gulf Coast on Wednesday, turning beach towns into disaster areas. On Friday, it pummeled waterfront Georgetown, north of the historic city of Charleston in South Carolina, with wind speeds of 85 mph (140 kph).

Roads were flooded and blocked by trees while a number of piers were damaged.

Around 1.7 million homes and businesses were without power in the Carolinas and Florida at 8:00 a.m. local time on Saturday, according to tracking website PowerOutage.us.

Both the number of casualties and repair costs remain unclear, but the extent of the damage was becoming apparent as Florida entered its third day after Ian first hit.

There have been reports of at least 21 deaths, Kevin Guthrie, director of the state's Division of Emergency Management, said on Friday morning, stressing that some of those remained unconfirmed.

Some 10,000 people were unaccounted for, he said, but many of them were likely in shelters or without power.

"Those older homes that just aren't as strong built, they got washed into the sea," said Governor Ron DeSantis.

"If you are hunkering down in that, that is something that I think would be very difficult to be survivable."

Meanwhile, insurers braced for a hit of between $28 billion and $47 billion, in what could be the costliest Florida storm since Hurricane Andrew in 1992, according to U.S. property data and analytics company CoreLogic.

"We're just beginning to see the scale of that destruction. It's likely to rank among the worst ... in the nation's history," he said.

Biden also declared an emergency in North Carolina on Saturday.