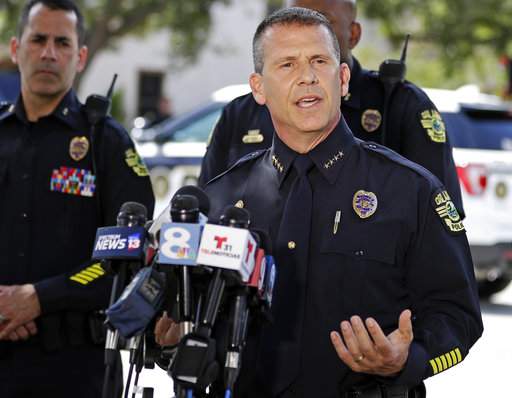 Washington (People's Daily) - A Florida man who barricaded himself inside an apartment in Orlando, where he killed four children ages 1, 6, 10, and 11, was also found dead from an apparent self-inflicted gunshot wound police confirmed late Monday.

"We have no idea when those poor children lost their lives, that will all be part of the investigation," said Orlando Police Chief John Mina.

Mina said that law enforcement officers tried to bring the standoff to a peaceful conclusion, but unfortunately it was a "tragic and sad" ending.

Officers were called to the scene after a woman notified local police she had been beaten by her boyfriend, 35-year old Gary Lindsey Jr.

After police arrived, Lindsey opened fire, critically wounding one of them. Mina said gunfire was exchanged but he wasn’t sure if Lindsey had ever been hit.

Mina said that during the standoff law enforcement negotiators had made multiple attempts to get Lindsey to surrender. The last communication exchange happened after 8:30 p.m.

At approximately 9:00 pm officers rushed into the apartment where they discovered the carnage. Police said two of the children were Lindsey’s, and the other two belonged to his girlfriend.

The wounded officer was later identified as Kevin Valencia and remained in critical late Monday with "very significant injuries" but is expected to make a full recovery.

Police said Lindsey had a criminal record and had been arrested for arson and domestic violence. Records also revealed he had been apprehended four times for probation violations.