Hurricane Isaias was barreling towards Florida on Friday, a day after the state registered a record 253 coronavirus deaths and authorities closed down some COVID-19 testing centers to prepare for the looming storm. 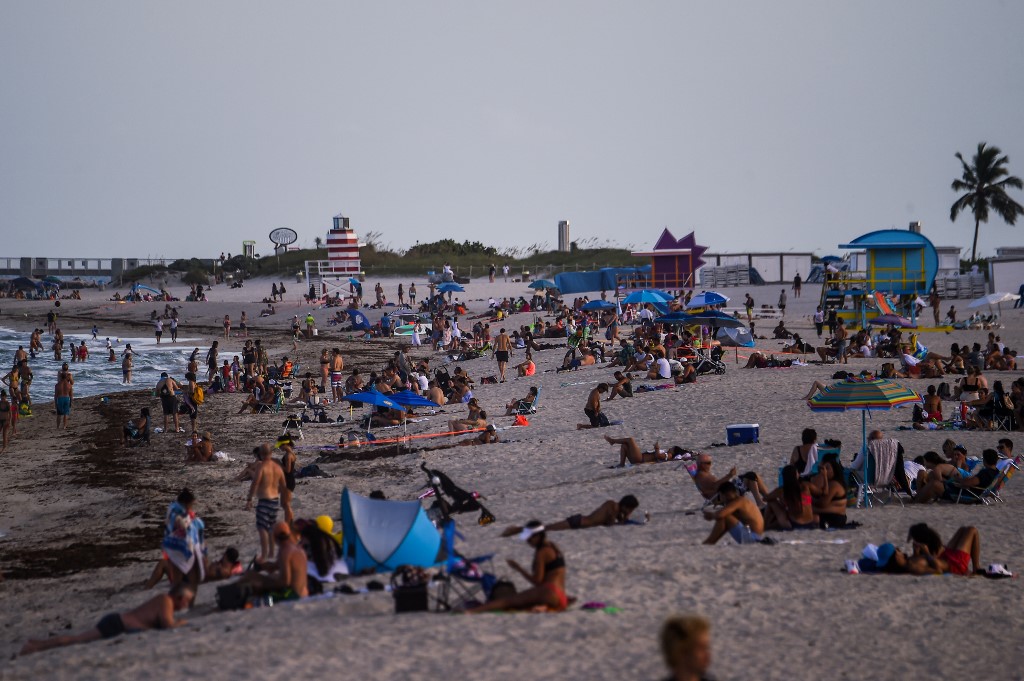 People relax on the beach in Miami Beach, Florida on July 28, 2020, amid the coronavirus pandemic. (Photo: AFP)

Florida has emerged as a major new epicenter of the US battle against the disease, with confirmed cases recently surpassing New York and now second only to California.

The state toll has leapt over the past week and more than 6,500 people have died from the disease there, according to health officials.

Isaias is expected to strike Florida over the weekend as authorities struggle to contain the disease and is now coursing through the Atlantic Ocean with wind speeds of 80 miles (130 kilometers) per hour, according to the Miami-based National Hurricane Center.

Forecasters are unsure how strong the storm will be when it nears the coast.

"There is a risk of impacts from winds, heavy rainfall, and storm surges along portions of the US east coast, beginning this weekend in Florida," the NHC said, adding that tropical storm or hurricane watches could soon be issued.

The hurricane has already hit the Dominican Republic, where a 53-year-old man was killed and rivers broke their banks.

It also unleashed flooding, toppled trees and knocked out power for thousands of people in Puerto Rico.

"If you are watching this, please, we need help!" begged a man in a video shared on social media that showed him and others trapped by rising floodwaters on the roof of a car.

No evacuations have been ordered yet in Florida, but authorities warned locals to begin preparing their homes and businesses for the possible onslaught of Isaias.

More than 460,000 people have been infected with the virus in Florida, which has a population of 21 million, and a quarter of the state's cases are in Miami.