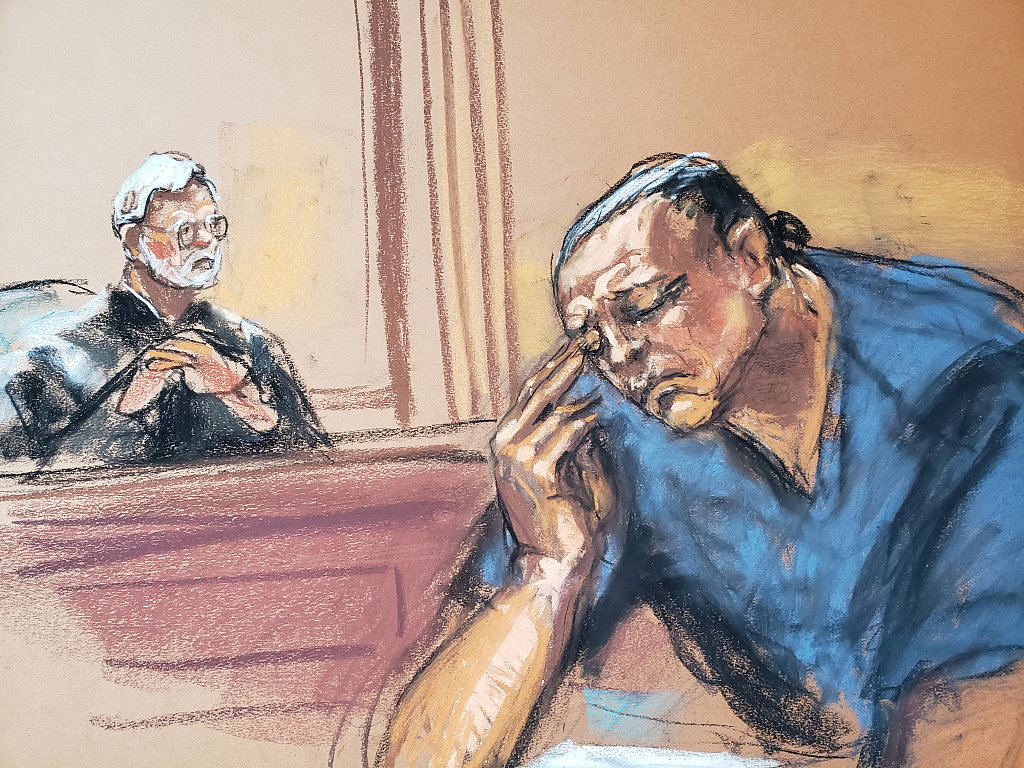 Cesar Sayoc,is shown in this courtroom sketch as he enters his plea before US District Judge Jed Rakoff in Manhattan federal court in New York, US, March 21, 2019. (Photos: VCG)

A Florida man pleaded guilty Thursday to sending pipe bombs to CNN and prominent critics of President Donald Trump in a wave of attacks that harmed no one but spread fear of political violence across the US for days leading up to last fall's midterm elections.

Cesar Sayoc, 57, shackled at the ankles, briefly sobbed as he entered the plea before a New York federal judge. 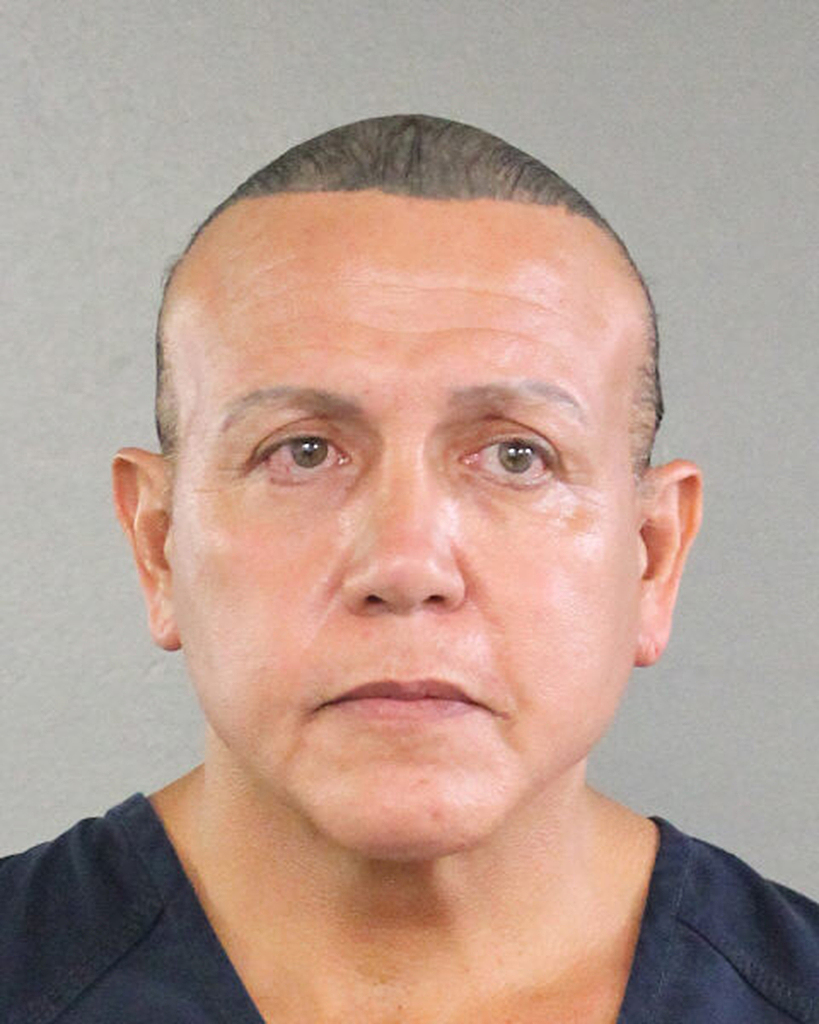 In this undated handout provided by the Broward County Sheriff's Office, Cesar Sayoc poses for a mugshot photo in Miami, Florida.

"I'm extremely sorry," he said, speaking so softly that sometimes he was told to repeat himself. Though he said he never meant for the devices to explode, he conceded he knew they could.

He could get life in prison at sentencing Sept. 12 on 65 counts, including 16 counts of using a weapon of mass destruction and mailing explosives with intent to kill. In exchange for his guilty plea, prosecutors dropped a charge that carried a mandatory life sentence.

One charge carries a mandatory 10-year prison term that must be served in addition to his sentence on 64 other counts.

The bombs began turning up over a five-day stretch weeks before the hotly contested midterms, contributing to an already tense political environment. They were mailed to addresses in New York, New Jersey, Delaware, California, Washington, D.C., and Atlanta, Georgia.

Sayoc was arrested in late October at a Florida auto parts store. He had been living in a van plastered with Trump stickers and images of Trump opponents with crosshairs over their faces.

On Thursday, he told the judge he made objects designed to look like pipe bombs and filled them with explosive powder from fireworks, fertilizer and glass shards, accompanied by wires and a digital alarm clock.

"Did you intend they would explode?" Judge Jed Rakoff asked.

"What would prevent powder from fireworks from exploding?" Rakoff asked.

"I was aware of the risk they would explode," Sayoc said.

The first bomb was discovered Oct. 22 in a padded envelope in a mailbox at an estate in New York City's northern suburbs owned by the billionaire George Soros, a liberal political activist and frequent subject of conspiracy theories.

A device addressed to the home of Hillary and Bill Clinton was discovered the following day, followed a day later by a slew of bombs found at the homes or offices of prominent Democrats. One, addressed to former CIA director John Brennan, was sent to CNN in New York.

Over several days, investigators tracked the packages to a mail center in Florida. Prosecutors said the evidence against Sayoc included DNA that linked him to 10 of the devices and fingerprints on two of them.

Manhattan US Attorney Geoffrey S. Berman, who attended the plea proceeding, said in a statement afterward that he was grateful nobody was hurt by the devices, but added that Sayoc's "actions left an air of fear and divisiveness in their wake."

Assistant Attorney General for National Security John C. Demers added: "Our democracy will simply not survive if our political discourse includes sending bombs to those we disagree with."

He said Sayoc's crimes "are repulsive to all Americans who cherish a society built on respectful and non-violent political discourse, no matter how strongly held one's views."