Michael roared down on the Florida Panhandle strengthening into a Category 4 hurricane early Wednesday before it crashes against the region's white-sand beaches, fishing villages and coastal communities later in the day. 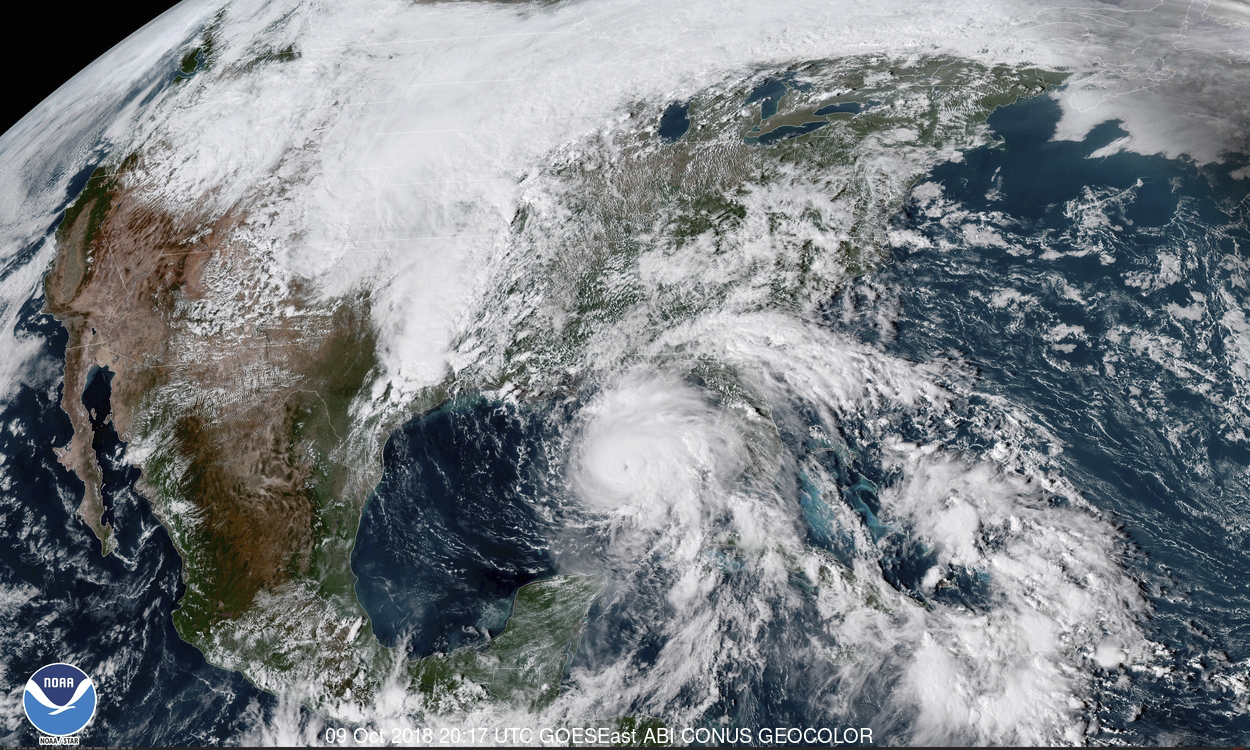 This satellite image made available by NOAA shows Hurricane Michael, center, in the Gulf of Mexico on Tuesday, Oct. 9, 2018 at 3:17 pm. (AP)

The unexpected brute that quickly sprang from a weekend tropical depression grew swiftly, rising in days to a catastrophic storm. Around midday it was expected to become one of the Panhandle's worst hurricanes in memory with a life-threatening storm surge of up to 13 feet (4 meters).

Florida officials said roughly 375,000 people up and down the Gulf Coast had been urged or ordered to evacuate. Evacuations spanned 22 counties from the Florida Panhandle into north central Florida. But fears lingered that some failed to heed the calls to get out of Michael's way as the hard-charging storm began speeding north over the warm waters of the Gulf of Mexico.

Worried meteorologists said it had the potential of becoming one of the worst storms in the history of Florida's Panhandle.