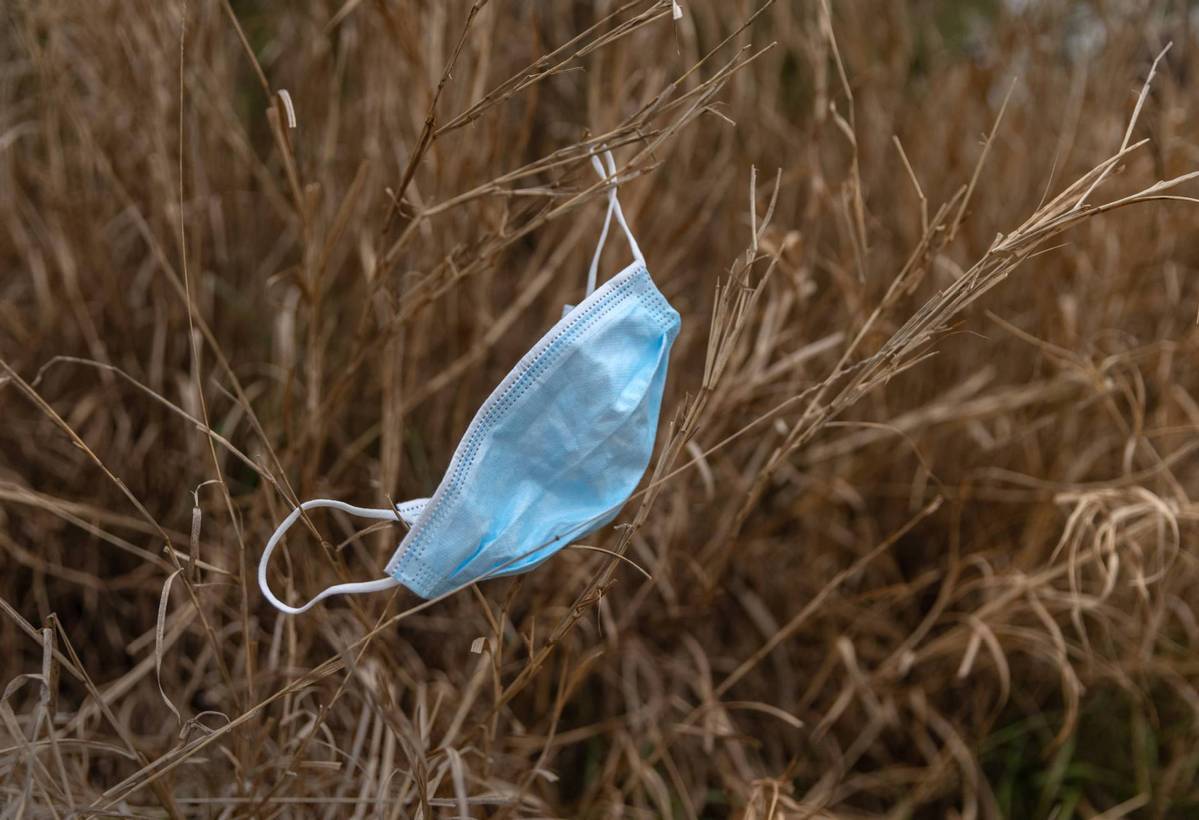 A surgical mask hangs from a bush near an illegal river crossing point at the US-Mexico border on March 24, 2021 in McAllen, Texas. A surge of immigrants, including unaccompanied minors crossing into the United States from Mexico is overcrowding Border Patrol facilities in south Texas. (Photo: Agencies)

Aug 10 - School districts in Florida and Texas are bucking their Republican governors' bans on requiring masks for children and teachers as coronavirus cases soar in conservative areas with low vaccination rates.

The Broward County school board in Florida on Tuesday became the latest major district to flout an order by Republican Governor Rick DeSantis outlawing mask requirements in that state. The Dallas Independent School District said late Monday that it would also require masks, despite an order banning such mandates from Republican Governor Greg Abbott.

The acts of rebellion by school officials come as these states -- along with Louisiana, Arkansas and others -- are flooded with new cases after people resisted vaccines and mask mandates. Teachers and administrators are seeking to protect students, many of whom are under 12 years old and cannot get vaccinated.

Fueled by the highly contagious Delta variant, U.S. cases and hospitalizations https://tmsnrt.rs/2WTOZDR have soared to six-month highs with no flattening of the curve in sight.

Based on population, Florida, Louisiana and Arkansas are leading the nation with new cases and how many COVID patients fill their hospitals. Texas is not far behind.

In Arkansas, where only eight intensive care beds were available for COVID patients on Monday, Republican Governor Asa Hutchison said he regrets supporting a ban on mask mandates in his state.

In Florida, where nearly one out of every three hospital beds are occupied by a coronavirus patient, a surgeon in Orlando said hospitals in the area were "overflowing" with the unvaccinated.

"We need a field hospital. Please help us," Sam Atallah, a surgeon at AdventHealth wrote on Twitter on Monday. "We are in a state of emergency in Orlando."

In Dallas, where some staff had threatened to quit if masks were not mandated to protect children, teachers and others, school district officials said they did not believe the governor's order should be applied to them. Schools in Austin also plan to require masks.

"Governor Abbott's order does not limit the district's rights as an employer and educational institution to establish reasonable and necessary safety rules for its staff and student," the Dallas district said on its website.

"The enemy is not each other," Jenkins said in a statement. "The enemy is the virus, and we must all do all that we can to protect public health."

In Florida, where lawsuits have also been filed challenging the anti-mask order, DeSantis has threatened to withhold salaries from school district officials who flout his ban.

The threat prompted a response from the administration of U.S. President Joe Biden, a Democrat, which is considering reimbursing school officials who lose their pay if DeSantis follows through on his threat.

"We're continuing to look into what our options are to help protect and help support these teachers and administrators who are taking steps to protect the people in their communities," White House Press Secretary Jen Psaki told reporters on Tuesday.

DeSantis stood by his statewide order banning mask mandates on Tuesday, saying it would allow parents to decide whether to mask their children for class.

"It's about parental choice, not government mandate, and I think ultimately, parents will be able to exercise the choices that they deem appropriate for their kids," DeSantis said at a briefing.