WORLD Flyers nudged to board with test clearance

Flyers nudged to board with test clearance 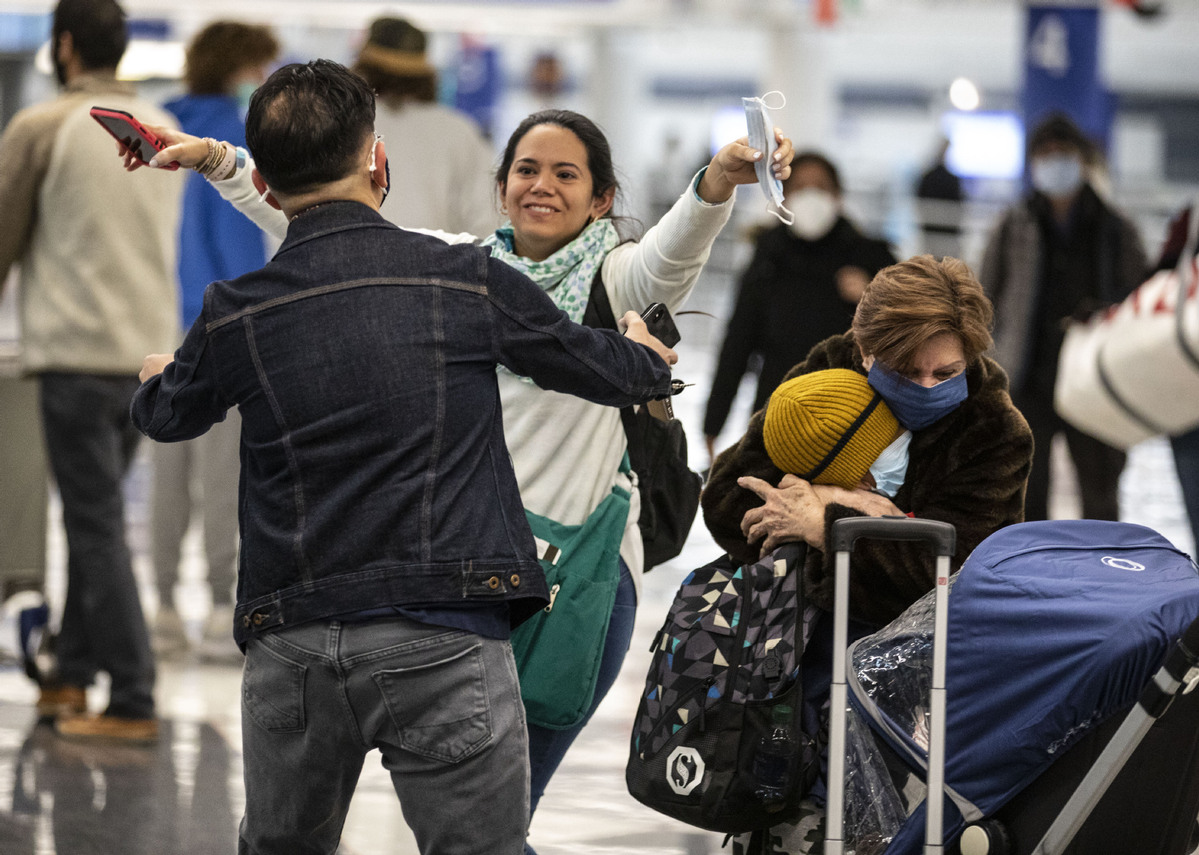 A traveler is greeted at O'Hare International Airport in Chicago on Wednesday. (Photo: Xinhua)

A host of airlines and airports in the United States are offering preflight COVID-19 tests to travelers in a bid to keep people safe from the virus that has infected more than 60 million worldwide and killed over 1.4 million.

The move to encourage passengers to get tested before they fly is already widespread internationally. At least 120 countries require proof of a negative coronavirus test before they will allow a traveler to enter their borders, according to Shoreland Travax, a travel medicine database.

In the US, United Airlines, American Airlines and JetBlue are among the carriers offering preflight tests.

This week, United Airlines launched "the world's first free trans-Atlantic COVID-19 testing program" by offering free rapid tests to all crew and passengers before they fly. The airline's first flight to offer the coronavirus test took off on Nov 17 from New York to London's Heathrow airport.

A United spokesman said in a statement: "We're launching the world's first free trans-Atlantic COVID-19 testing program. Offered on select flights from the Nov 16 to Dec 11 on flights from New York and Newark to London, this pilot program guarantees all customers over two and crew on board test negative before departure."

United on Monday announced a mail-in COVID-19 test for people traveling from Houston to Latin American and Caribbean destinations. The test, which costs $119, will be available to customers flying from George Bush Intercontinental Airport from Dec 7.

United will contact customers 14 days before their flight to provide instructions on how to order the test. Passengers must take it 72 hours before departure, mail it in, and then get results within 48 hours.

In a joint US and UK venture, American Airlines, British Airways and the Oneworld alliance on Wednesday began an optional coronavirus testing trial on select flights from cities in the United States to London Heathrow.

Customers will be tested 72 hours before, during, and after traveling. If they test positive before traveling, they will have to reschedule or cancel their flight. They will then be allowed to rebook.

The US Centers for Disease Control and Prevention, or CDC, urged people traveling internationally to get tested three times before and after flying.

"Social distancing is difficult in busy airports and on crowded flights, and ... may increase your risk of getting COVID-19. Testing before and after travel can reduce the risk of spreading COVID-19," the CDC said.

It is hoped that if more testing is rolled out, it could reopen international travel and remove the need for passengers to quarantine on arrival in their destination countries.

Airline travel has taken a huge hit amid the pandemic. Domestic air travel this year has plunged by 64 percent compared with the same period of 2019 and international travel has plummeted even farther, by 74 percent.

Airlines are desperate to entice passengers back. Most require passengers to wear masks. Staff are also disinfecting terminals and airplane cabins between flights.

On board flights, HEPA air filtration systems are being used. A study released by the US Department of Defense in October showed that the ventilation systems on aircraft filter the air enough to stop particles that spread viruses.

The move toward preflight testing was first trialled in Turkey and Germany.