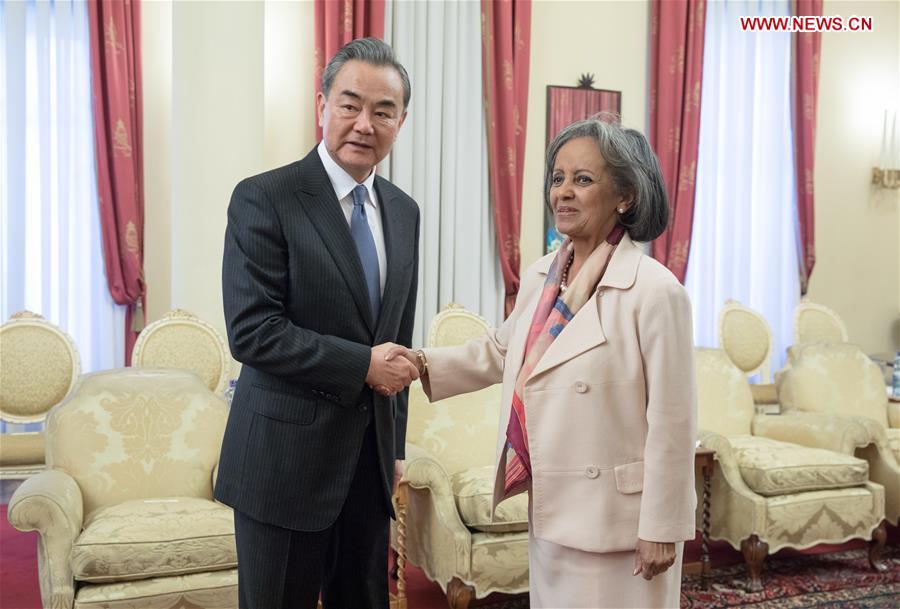 State Councilor and Foreign Minister Wang Yi countered criticism on Thursday alleging that Chinese aid had contributed to a massive increase in African countries' debt. On the contrary, he said, China is helping the continent seek independent and sustainable economic growth.

Wang spoke at a joint news conference with Ethiopian Foreign Minister Workneh Gebeyehu in Addis Ababa during his visit to Ethiopia, the first stop of his five-day Africa trip, which started on Wednesday and will also take him to Burkina Faso, Gambia and Senegal.

Debt in Africa has been a stubborn issue left over from history, Wang said, noting that it didn't just suddenly appear, and it was not caused by China.

China has paid great attention to the financial difficulties in which some African countries have found themselves and is willing to offer assistance within its capacity to help them solve temporary problems, he added.

Wang said criticism of China and hyping of African debt don't conform to the facts and are not acceptable to African countries.

No one knows better than the African people the major cause of their countries' debt issues, he said, adding that attempts to discredit China will not affect cooperation between China and Africa.

Wang said China's investment and financing partnership with Africa follows the principles of sincerity, real results, amity and good faith. He said the country has been respectful of the wishes of the African people, and has based cooperation on their demands and needs with no strings or political conditions attached or political benefits sought.

When working on related projects, China has always strictly abided by the laws of the countries involved and by market rules, and it has followed the principle of openness and transparency and never allowed backroom deals or corruption, Wang said.

To that end, China will step up implementation of the decisions made at the 2018 Beijing Summit of the Forum on China-Africa Cooperation as well as the eight major initiatives that are urgently needed by African countries to strengthen the internal growth drivers of their economies, he said.

Wang's visit is a continuation of the tradition of Chinese foreign ministers, since 1991, to choose Africa for their first overseas trip of the year. He also visited the headquarters of African Union in Addis Ababa on Friday.