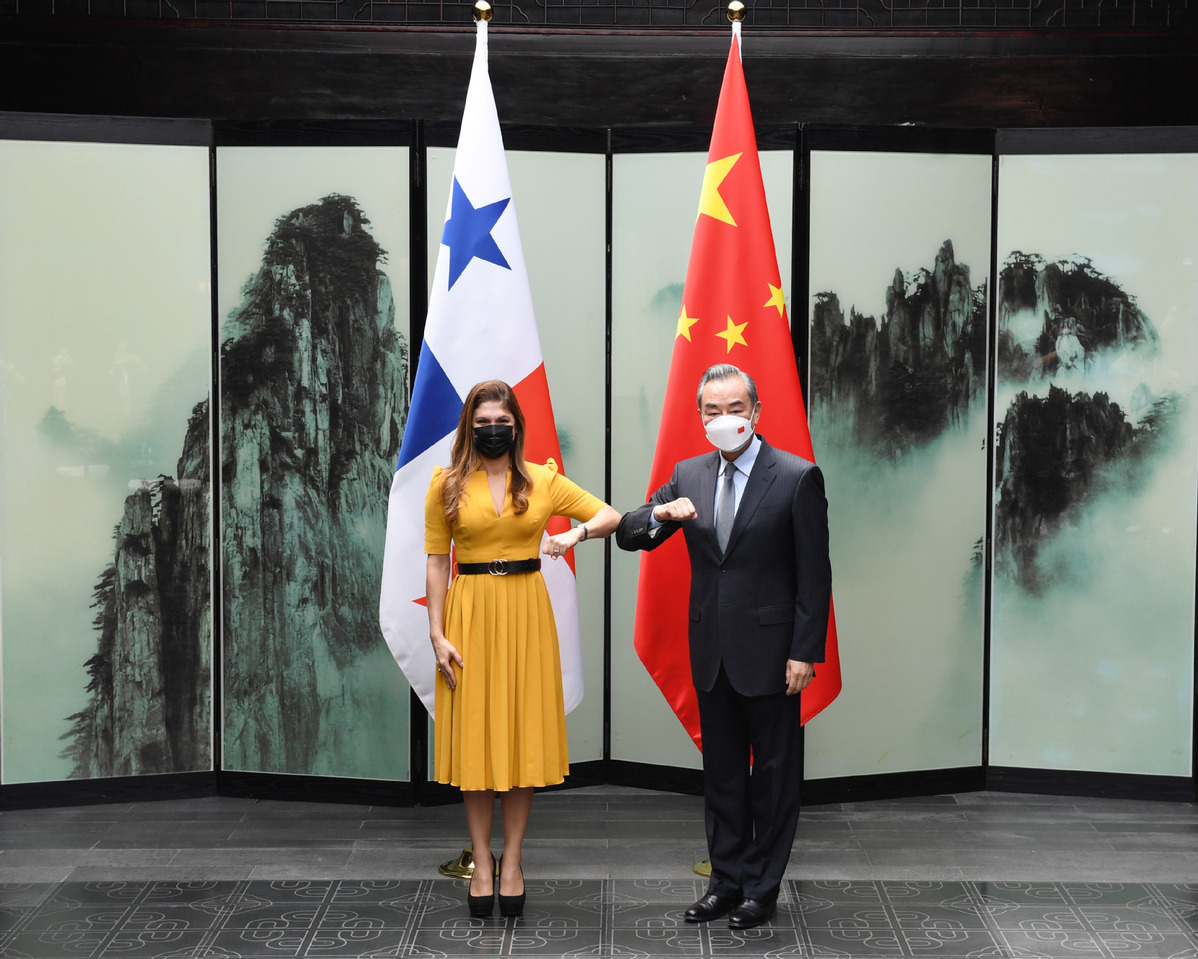 China will work with Panama to build bilateral relations as an example of mutual respect between big and small countries, solidarity and cooperation of developing countries and mutual learning between different civilizations.

Panama established diplomatic relations with China on the basis of the one-China principle in 2017, which Wang said has opened a new chapter in bilateral ties.

The smooth development of bilateral relations with deepening mutual trust and steady progress in cooperation has brought tangible benefits to the two peoples, Wang said.

The establishment of diplomatic relations between China and Panama is in the fundamental interests of both sides and opens broad prospects for mutually beneficial cooperation of the two countries, Wang added.

Noting she is the first foreign minister of Latin American countries to visit China since the pandemic and China is also the first stop of her Asian tour, Mouynes said it fully shows Panama attaches great importance to developing relations with China.

She underlined the establishment of diplomatic ties with China was the right decision. Panama values mutual trust with China and would firmly abide by the one-China principle, she added.

Wang appreciated this commitment and stressed the two countries should jointly safeguard the cornerstone of bilateral relations and continue to support each other in upholding core interests and national dignity.

He added China supports the building of the Community of Latin American and Caribbean States, supports the CELAC in independently exploring development paths that suit their national conditions and formulating external foreign policies in line with their own needs.

In response, Mouynes said Panama firmly abides by the principle of non-interference in other countries' internal affairs. She stressed Latin America and the Caribbean are not the "backyard" of any country and countries in the region should transcend ideological differences and achieve common development.

The two sides had an in-depth exchange over multilateral affairs. Wang said China always maintains all countries are equal regardless of their size and would work with Panama to safeguard fairness and justice as well as norms governing international relations.

Mouynes said Panama appreciates China consistently practices the principle of sovereign equality. Panama values the Global Development Initiative proposed by President Xi Jinping and would promote countries in Central America and the Caribbean to bolster alignment in this regard, she added.

Noting current geopolitical conflicts have further showed the important value and strategic significance of the Panama Canal, Mouynes said Panama is against the wanton imposition of unilateral sanctions in international affairs.

Panama is committed to maintaining the permanent neutrality of the canal and hopes to gain China's support, she added.

For his part, Wang reiterated China respects and recognizes the permanent neutrality of the canal and would work with developing countries, including Panama, to practice true multilateralism, jointly reject unilateralism and bullying behavior.