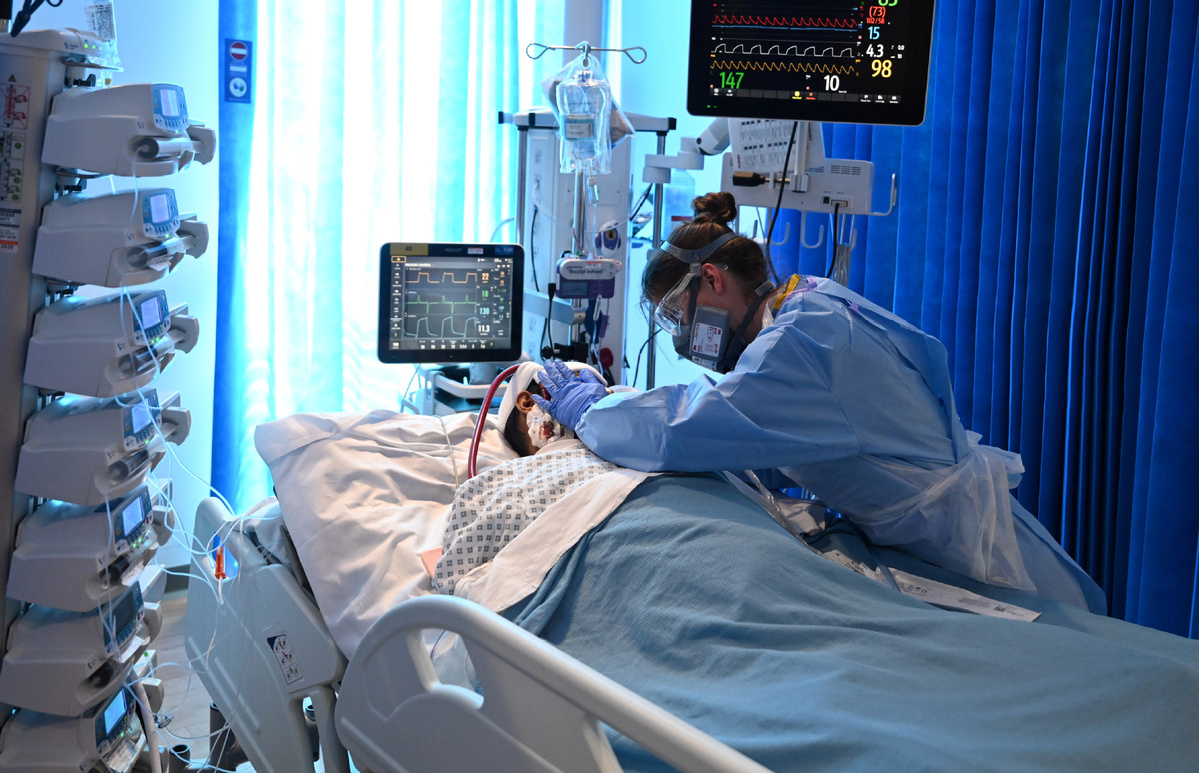 Clinical staff wear Personal Protective Equipment as they care for a patent at the Intensive Care unit at Royal Papworth Hospital, during the coronavirus disease (COVID-19) outbreak, in Cambridge, Britain, May 5, 2020. (Photo: Agencies)

The United Kingdom has overtaken Italy as the worst-hit country in Europe, according to the latest official figures for coronavirus fatalities released on Tuesday.

The UK has drawn up a three-stage plan to ease the coronavirus lockdown that was imposed at the end of March, The Times newspaper said on Wednesday.

The government must review the lockdown by Thursday, but Prime Minister Boris Johnson has made it clear that he is worried about triggering a second deadly spike in cases.

The first phase will involve small shops reopening alongside outdoor workplaces and the second will involve large shopping centers reopening, with more people encouraged to go into work. Pubs, restaurants, hotels and leisure centers will be among the last to open, the newspaper said.

Tuesday's Downing Street media briefing showed that for the third day in a row, the government had failed to meet its target of 100,000 daily tests, and Raab said although there was "evidence" of a flattening of the peak of COVID-19 cases, it was not over yet.

Across Europe, the virus had infected 1,429,897 people and claimed 143,898 lives as of Wednesday, according to the European Centre for Disease Prevention and Control.

Italy on Tuesday maintained a declining trend in active COVID-19 infections and intensive care cases, one day after it eased the national lockdown, according to the Civil Protection Department.

As 236 new deaths were reported in the latest 24-hour period, the pandemic had claimed 29,315 lives in Italy by Tuesday.

Health authorities registered 98,467 active infections on Tuesday, down from 99,980 a day earlier. Of those infected, 1,427 are in intensive care, down by 52 compared to Monday.

The French will have to spend their summer holidays at home as international trips and travel within Europe may have to be limited over risks of a new wave of the coronavirus epidemic, President Emmanuel Macron said on Tuesday.

"It is too early to say whether we can take holidays. What I can say is that we will limit major international travel, even during the summer holidays," Macron said during a visit to a school in the Paris suburbs, and warned that the combat against the coronavirus is not yet won.

As part of the country's strategy to lift anti-virus confinement, the government unveiled a color-coded map, showing departments in red, orange or green depending on the spread of the virus and pressure on intensive care units.

Deaths in France increased by 330 to 25,531 on Tuesday, according to health authorities.

In Germany, the southern state of Bavaria will partially reopen for tourism later this month, its premier Markus Soeder said on Tuesday, with superstores, beer gardens, restaurants and hotels resuming operations, albeit with restrictions.

Infections in the country increased by 947 to 164,807, data from the Robert Koch Institute for infectious diseases showed on Wednesday. The reported death toll rose by 165 to 6,996, the tally showed.