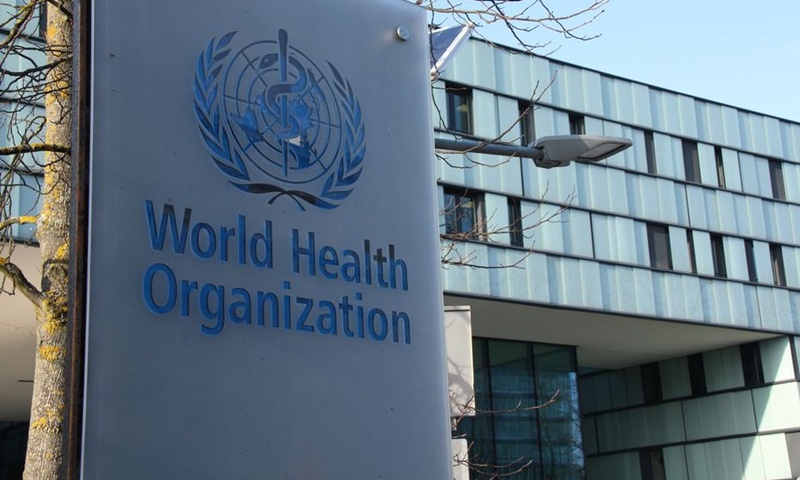 Photo taken on Jan. 22, 2020 shows an exterior view of the headquarters of the World Health Organization (WHO) in Geneva, Switzerland.

A Dutch virologist of the World Health Organization (WHO)-China joint study team said on Wednesday that the next-phase studies on coronavirus origins, which are based on recommendations in the WHO-China joint study report, need to include countries reporting viral sequences as early as 2019 such as Italy.

On the West's renewed hype of the Wuhan lab leak theory, she stressed that there was no evidence on the laboratory hypothesis, and it's impossible to work with unconfirmed information.

Marion Koopmans, head of the viroscience department at the Erasmus MC Rotterdam in the Netherlands, told the Global Times on Wednesday the follow-up studies on coronavirus origins are a combination of studies that start where the WHO-China joint team left off, so it means studies in China and outside of China.

The studies should look at regions outside China that have reported "viral sequences very early, in 2019, like Northern Italy," as recommendations in the joint study report called for studies in regions where viruses are almost identical to the first detected viruses from Wuhan, Koopmans said.

To find out the earliest possible cases, Koopmans said that WHO experts also recommended serological studies based on blood samples taken before 2020 in these regions.

Although no evidence was found for widespread circulation in Wuhan before December, smaller clusters, which could be detected through a detailed serosurvey cannot be ruled out, she said. 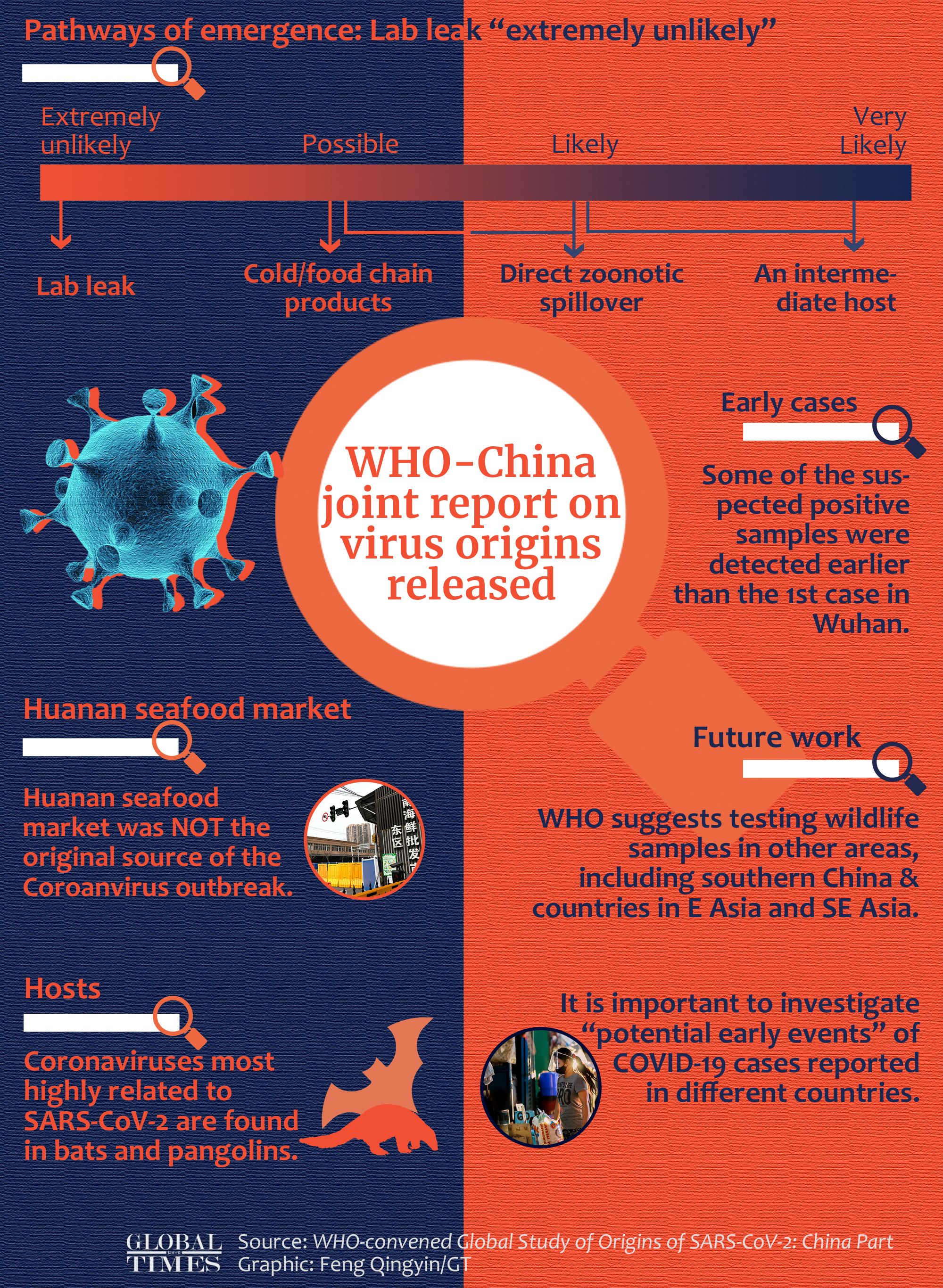 Koopmans said there is also a need for more surveys of bats, particularly in China's neighboring countries.

There are leads of farmed wild animals from the Huanan seafood market in Wuhan that came from other parts of China and possibly outside of China, she said.

In the past days, US politicians and media outlets have again been hyping further investigation of China on coronavirus origins, citing the lab leak theory, despite scientists from the WHO-China joint study team concluding in a full report after their field study in Wuhan that a lab leak was extremely unlikely.

Koopmans said that the WHO-China joint expert team did not find any evidence in the laboratory leak direction during their visit in Wuhan.

"We also said that if someone has evidence, they should share that with WHO, and that has not happened. For us, it is impossible to work with unconfirmed information," she said in response to whether more studies on the lab leak theory should be conducted as some US media and politicians claimed.