WORLD Food chain is a major source of greenhouse gas

Food chain is a major source of greenhouse gas 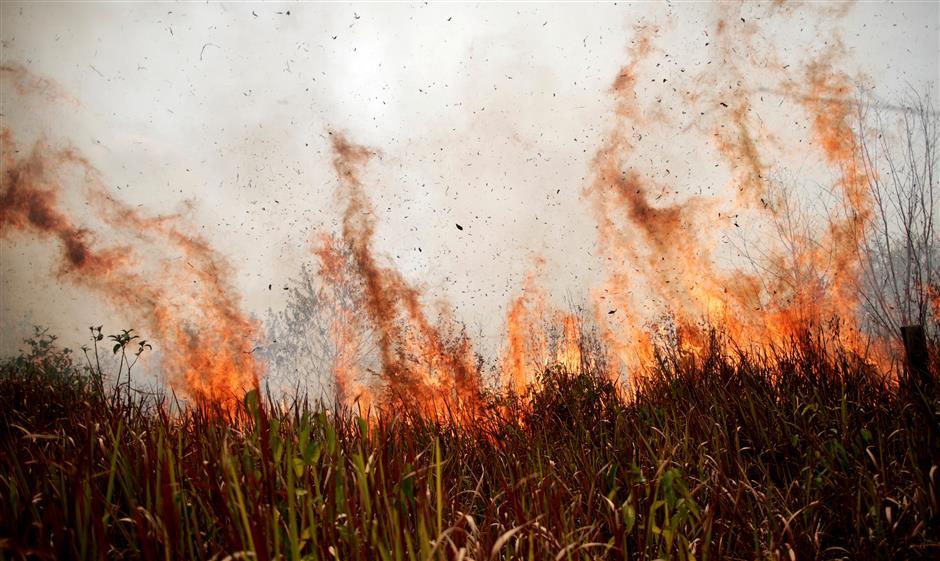 Tract of the Amazon jungle burns as it is cleared by loggers and farmers in Porto Velho, Brazil on August 24, 2019. (Photo: Agencies)

A third of all the world’s man-made greenhouse gas emissions are linked to food, according to new global research that tracked produce from field to fork to landfill.

Land clearing and deforestation, fertilizer use, livestock and waste all contribute to the emissions from the system to feed Earth’s 7.7 billion people.

While numerous reports have looked to quantify the climate footprint of food, the authors of the latest research led by the European Commission’s Joint Research Centre said theirs is the first to encapsulate all countries and sectors — from production, packaging and distribution to disposal of food waste.

“Food systems are in need of transformation,” the researchers said, adding that they hoped the database would help identify where actions to reduce emissions would be most effective.

The report, published in the journal Nature Food on Monday, draws on a new global database that provides estimates of food system greenhouse gas emissions from 1990 to 2015.

During that period it notes a “decoupling of population growth and food-related emissions,” with emissions growing slower than the population.

But it found wide variations across the world, with some countries and regions seeing large increases in emissions driven by both domestic demand and exports.

“Our results corroborate previous findings of a significant share of food system emissions,” the researchers said.

The estimated range of 25 to 42 percent was higher than the UN Intergovernmental Panel on Climate Change figure of 21 to 37 percent, partly due to a more expansive view of the global food system.

The new calculations, take into account things like cooking as part of consumption, as well as waste disposal. Overall the report found food system emissions represented 34 percent of total greenhouse gas output in 2015.

About half of these emissions were carbon dioxide, chiefly from land use, mainly carbon losses from deforestation and degradation of organic soils, as well as energy from steps like packaging, transportation and processing.

A further third was from methane, which is 28 times more potent than CO2 as a greenhouse and third of all the world’s man-made greenhouse gas emissions are linked to food, according to new global research that tracked produce from field to fork to landfill, released by livestock like cows, sheep and goats, as well as from rice production and in the disposal of bio-waste.

The remainder was largely nitrous oxide from fertilizers, although the report said that fluorinated gases often found in refrigeration played a small but growing part.

The global food system is becoming more energy-intensive, with almost a third of its emissions directly from energy consumption.

While emissions from distribution are on the rise, the report said the distance food travels is “less important than packaging.”

In November a study forecast future food system emissions, if left unaddressed, would by themselves push Earth above the 1.5 degrees Celsius threshold by 2050.