WORLD For now, supplies, but more flights may follow

An initiative that has seen Argentina's flag carrier ferry medical supplies from China to South America is opening up the prospect of the first passenger flights between the two countries. 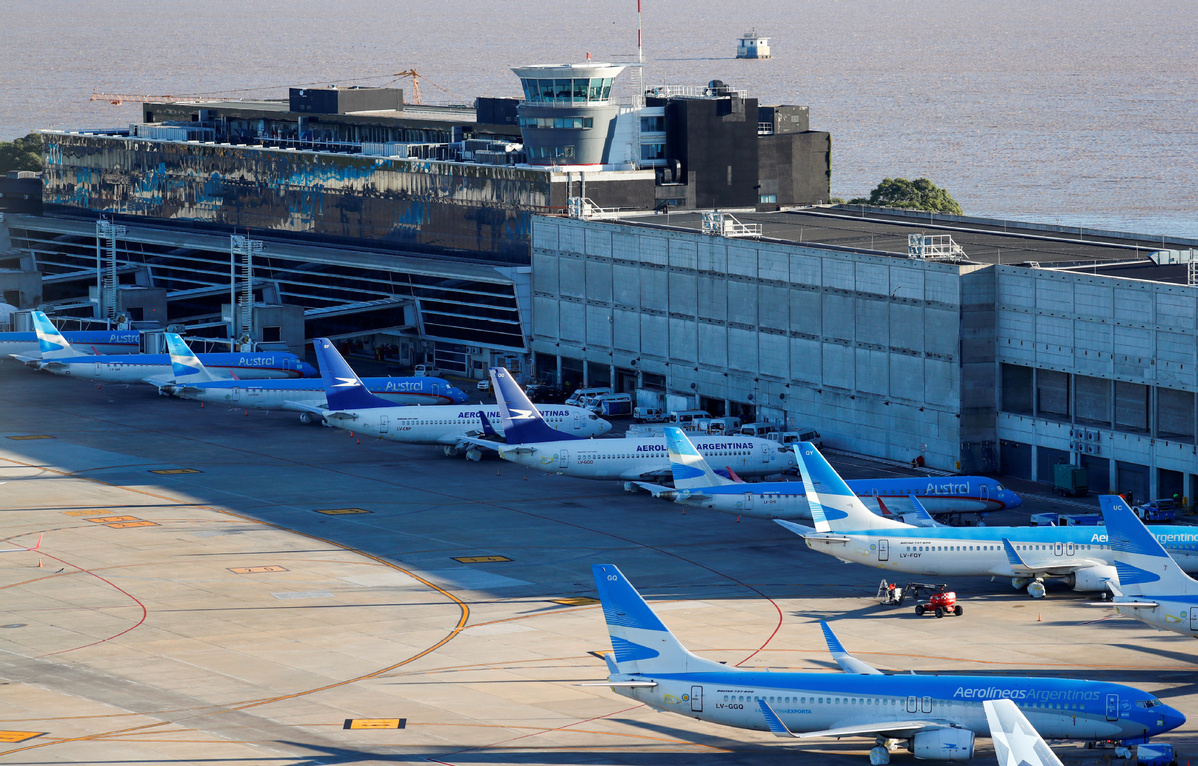 Aerolineas Argentinas flew to China on April 15 for the first time in its 70-year history. The first in a series of flights brought back vital medical supplies to help Argentina in its fight against the COVID-19 pandemic.

So far, four of the eight flights planned between Buenos Aires and Shanghai have since taken place.

In all, Aerolineas Argentinas is expected to bring back 112 tons of supplies. The last flight will take off from Buenos Aires on May 11."When this pandemic ends, direct flights to China could become a possibility," the airline said.

Gustavo Girado, director of the China Studies Graduate Program at Lanus University in Buenos Aires, said: "Fortunately, there has been a very good response from China (to give essential medical supplies)."

The Southern Hemisphere will soon enter the winter season in June and many are worried that cases of COVID-19 could rise with the colder weather.

The airline adapted its Airbus 330-200 planes for these vital flights. Each plane carried only cargo－a mix of purchased and donated items from China－in both its cargo hold and on the passenger seats.

Each aircraft can carry a maximum of 14 tons of cargo on the route, which is one of the longest in the world. The main cabin was covered with mesh to accommodate the cargo on the seats. Both the cargo hold and the main cabin carried boxes and containers.

"It is something that has never been done before by the company. I would like to congratulate all the personnel of Aerolineas Argentinas for the work in adapting, conditioning and preparing these special flights for the service of our country and, therefore, of all Argentines," the carrier's CEO Pablo Ceriani said in a statement.

An Aerolineas Argentinas spokesperson said: "We have a pivotal role in the (supply) of critical supplies the country needs to fight this global health crisis."

The trip included a stop in Auckland, New Zealand, for refueling.

To make the 55-hour trip possible, each flight carried four full crews and assisting personnel－a total of 17 people. Only fuel was loaded at each stop in New Zealand and China.

"It's very important to bring 1,500 ventilators (from China). I don't know if it will be enough, but we will be in a better position next month, when winter sets in and the situation could get very complicated," Pablo Biro, a leader of the pilots' union and member of the first crew to fly the route, was quoted as saying.

There are about 180,000 Chinese living in Argentina. Trips home involve long and roundabout routes via the US, Europe or the Middle East, Girado said. A passenger route to China could prove to be a major timesaver for South Americans.