WORLD For some, a vibrant US economy complicates voting decision

For some, a vibrant US economy complicates voting decision 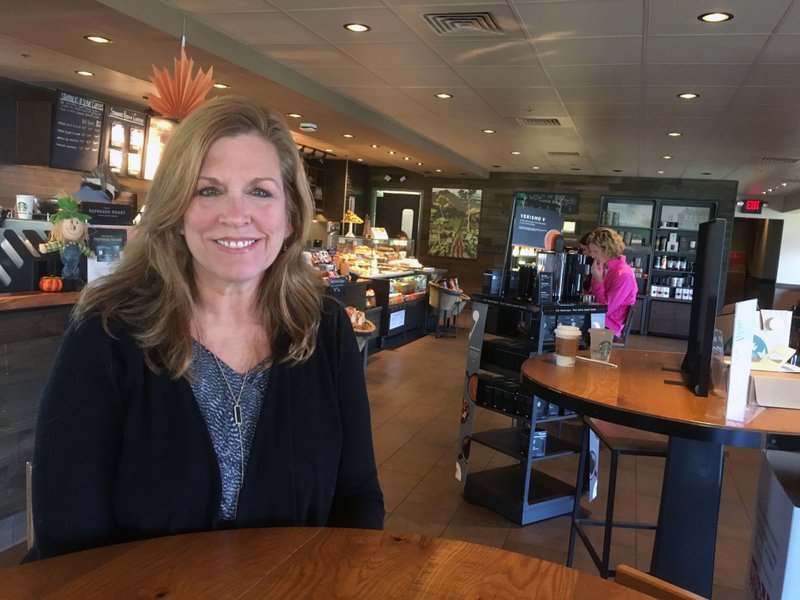 For many voters in America’s affluent suburbs, a flourishing economy is forcing a thorny dilemma for the midterm elections.

Do they vote Democratic, in part to protest President Donald Trump for behavior some see as divisive and unpresidential? Or do they back Republicans in hopes that the economy will continue thriving under the majority party?

A healthy economy has at least complicated their decision and blurred the outcome of the midterm elections . On Friday, the government reported that employers added a robust 250,000 jobs in October. And the unemployment rate stayed at a five-decade low of 3.7 percent.

At stake Tuesday is control of the House and Senate, both now led by Republican majorities. Steady economic growth and a vigorous job market haven’t been the clincher in prosperous areas that were once seemingly safe Republican turf. Partly as a result, many analysts say Democrats stand a good chance of regaining control of the House even while Republicans maintain the Senate.

The ambivalence of many voters is evident in the Philadelphia suburbs of Bucks and Chester counties. The landscape of rolling hills is dotted by shopping plazas and luxury car dealerships, by fieldstone and stucco houses that fill cul-de-sacs. Residents are likelier than the country as a whole to have college degrees, and the median family income is about $100,000.

Interviews with about a dozen people elicited a range of sentiments about whether and how the economy might affect their votes. For some, all that matters is the energized pace of job growth, which began under President Barack Obama and has continued under Trump.

Others, some of them lifelong Republicans, are finding their loyalties tested by a president who embraces tariffs, disparages refugees and attacks political opponents. With Pennsylvania also holding votes for governor and a Senate seat, many said they were willing to split their votes between the parties.

“I’m not a fan of Donald Trump,” said 85-year-old Ross Kershey. “He doesn’t respect checks and balances. But he’s certainly done well for the economy.”

A retired high school history teacher, Kershey is teaching a course on the Supreme Court at Immaculata University in Malvern, a suburb of Philadelphia. Those court cases were fresh in his mind as he sipped tea and ate pancakes at an IHOP on a recent afternoon. He objects to Trump’s recent threat to unilaterally suspend the constitutional protection of birthright citizenship as a way to control undocumented immigration.

Yet for all his antipathy toward the president, the strength of the economy is at least giving Kershey pause: “I’ll probably vote Democratic, but I’m not sure yet.”

Workers have been increasingly benefiting from the economy’s strength. Average pay growth for over the past 12 months has reached 3.1 percent, its best year-over-year increase since 2009, the government said Friday. Those gains have been concentrated among affluent Americans, though higher minimum wages have also helped raise the pay of many lower-income workers.

Among people earning at least $100,000, 60 percent approve of how Trump has handled the economy, according to a survey by The Associated Press and NORC Center for Public Affairs Research. That is a relative advantage for a president whose tax cuts for corporations and individuals are credited with helping boost growth this year.

Jean Hoffman, a 53-year-old real estate agent in Chester County, is pondering the college costs ahead for her two teenage daughters. She said she thinks voting Republican might help extend the economy’s hot streak.

“I’m going to have two kids in college, and these are my earning years,” she said. “So for me, the economy is the No. 1 priority.”

“It’s like white noise at this point,” she said.

Judging by the economy, the status of the House appears too close to call, said Ray Fair, a Yale economist. Using inflation and growth data, Fair developed a model to forecast electoral outcomes, which in 2016 correctly showed that that presidential election favored Republicans.

For 2018, Fair’s economy-based model is less favorable than most political surveys for Democratic prospects to win the House. But the gap isn’t sufficient to draw a firm conclusion about what will happen Tuesday. Because the party out of power — Democrats, in this case — generally enjoys an advantage in midterms, growth would have to be even stronger to decisively help Republicans this year.

“This time, the real uncertainty is turnout,” Fair said. “You can’t say anything with much confidence about who is going be on which side of 50 percent.”

To drive turnout, Pat Proprik, chair of the Bucks County Republicans, has been speaking to groups of voters nightly and knocking on doors. She said people in wealthier parts of the county tend to highlight the economy in explaining their intention to back Trump. Those in more modest areas tend to stress non-economic issues, at least at first.

“Economics isn’t the first thing out of their mouth,” Proprik said. “But when you bring it up, they jump on it.”

At 83, Dick Calef is a lifelong Republican. He attributes the economic gains in suburban Philadelphia to longer-term factors beyond Trump’s policies, like the growth of internet and health care companies. Calef is still unsure how he’ll vote.

“I find myself voting to keep a balance in the government,” he said. “I’m kind of fed up with the political environment.”

Jerry McNeff intends to split his ballot between the parties in Pennsylvania’s House, Senate and gubernatorial races.

“Trump had the right philosophy regarding the economy,” said McNeff, 72. “Taxes needed to be overhauled. Regulations had become obstructive to industry.”

But as he has aged, McNeff said, the economy has mattered less to him. He thinks more about his five grandchildren. Every report of a mass shooting at a school makes him wonder about what could happen to them. And it stuns him that the federal government has done little to prevent future shootings, like seriously considering a bill to expand background checks.