WORLD For some Texans, nearest abortion clinic is 250 miles away

For some Texans, nearest abortion clinic is 250 miles away 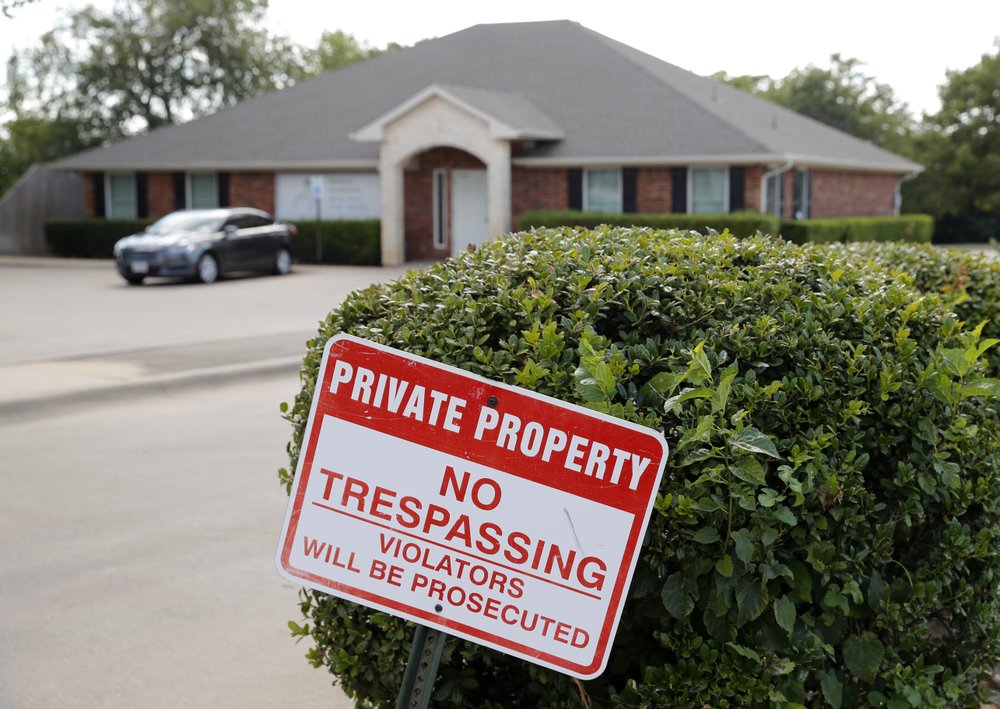 A "no trespassing" sign sits near the entrance of the parking lot for the Whole Woman's Health clinic in Fort Worth, Texas, Sept. 4, 2019. (Photo: AP)

Across a huge swath of West Texas and the Panhandle, there’s no need for speculation. The nearest abortion clinics are more than 250 miles away, despite the region having several midsize cities and a population of more than 1 million people.

“I’ve been telling folks, if you want to see the future, we’ve been living that since 2012,” said Denise Rodriguez of the Dallas-based Texas Equal Access Fund, which helps women across much of the state pay for abortions they could not otherwise afford.

Faced with drives of four hours or more to Fort Worth, Dallas, El Paso or out-of-state clinics, many women need at least two days to obtain an abortion — a situation that advocates say exacerbates the challenges of arranging child care, taking time off work and finding lodging. Some end up sleeping in their cars.

Between 2011 and 2013, the Texas Legislature slashed funding for family planning services and passed a law that imposed hospital-like operating standards on abortion clinics and required doctors who perform abortions to have admitting privileges in nearby hospitals.

The law led to closure of more than half the state’s 41 abortion clinics before its key provisions were struck down by the U.S. Supreme Court in 2016. There are now 23 abortion clinics in Texas, but none from Amarillo in the Panhandle south to Lubbock and the oil patch cities of Odessa and Midland. There used to be several.

Those four cities — along with Rapid City, South Dakota — are the farthest from an abortion clinic among all U.S. cities with more than 50,000 residents, according to a research team at the University of California, San Francisco.

One result, according to the Texas Policy Evaluation Project at the University of Texas, has been a 50% decline in abortions in the affected counties.

In such a large state, clinic closures force women to travel farther, spend more time and money and often undergo “a different kind of procedure from the one they prefer.” The result, researchers said, is that legal abortion becomes unattainable.

The closures have increased the caseload for Fund Texas Choice, a statewide nonprofit. It doesn’t pay for abortions but covers patients’ other costs, including transportation and lodging.

Sarah Lopez, the fund’s program coordinator, says many requests come from the Panhandle, where clients often must endure a round trip of 700 miles or more.

Many abortion seekers “don’t even realize how far away a clinic is until they start looking,” she said.

Among recent clients was a 20-year-old Amarillo woman who made a solo 290-mile drive to Albuquerque, New Mexico, in June to get an abortion. The unmarried woman, who asked to be identified only as Angel to protect her privacy, said she already has two children, 6 months and 2 years old.

“I knew I couldn’t handle another,” she said.

The trip took 4 hours, 20 minutes — mostly through open desert. She spent the night at a motel before driving back to Amarillo. The abortion cost $450. The fund helped with Angel’s motel bill and gas money.

Angel opted for Albuquerque only after Google searches and phone calls produced no easier alternative.

“I was trying to get help with basically everything,” she said. “The procedure itself is expensive, and there was no way I could also afford the traveling.”

Angel said she works as a home health care aide and hopes to study criminal justice at college en route to becoming an investigator. She also wants to advocate for abortion access.

Another group offering assistance is the Dallas-based Afiya Center, which advocates for reproductive rights on behalf of black women in Texas.

Emma Robinson, Afiya’s digital organizer, said the first client to get such help was an 18-year-old from Odessa who got pregnant as she was finishing high school and feared her dream of attending college would be dashed if she had a child. Afiya last year helped finance the young woman’s round trip by bus to Dallas, where she got an abortion, and then helped her patch up differences with her mother, who had vehemently opposed the abortion.

The woman has now enrolled in college, Robinson said: “She’s very determined to have a life different from her mom, who gave birth to her at a young age.”

Planned Parenthood, which closed abortion clinics in Lubbock and Midland in 2013, hopes to re-establish its presence in the region. A donor has pledged several million dollars for that cause. Spokeswoman Sarah Wheat says the organization — wary of possible harassment — is not ready to announce where a new health center might be located or what services it would provide.

State Sen. Charles Perry of Lubbock, a staunch abortion foe, responded to news of the donor’s pledge by launching an online petition drive to “keep Planned Parenthood out of West Texas.”

JeanMarie Kmetz, president of an anti-abortion student group at Lubbock-based Texas Tech University, said she has heard that a new Planned Parenthood clinic might be destined for a site near the campus.

“That would be extremely detrimental to so many young women — giving them the option of making careless mistakes with their body,” she said.

Kmetz, a junior who wants to be a nurse, said her group, Raiders Defending Life, would be active in any campaign protesting a proposed new clinic.

Kimberlyn Schwartz also was an anti-abortion activist at Texas Tech. She’s now spokeswoman for Houston-based Texas Right To Life. She said many people in West Texas “are on their toes” to prevent any revival of abortion services in the region. Her organization hopes communities declare themselves “sanctuaries for the unborn,” as the east Texas town of Waskom did in June.

“Pro-choice values are very out of touch with the majority in West Texas,” Schwartz said.

Moss Hampton, a Midland obstetrician-gynecologist who has taught at Texas Tech’s Health Sciences Center, says he would like to see Planned Parenthood return to provide contraception as well as abortions. But he acknowledges that abortion-rights supporters in the region are vastly outnumbered by abortion foes.

“It’s been that way for so long, they’ve just kind of accepted it,” he said.

One key figure in the Texas abortion debate is Amy Hagstrom Miller, CEO of Whole Women’s Health, which operates abortion clinics in Texas and four other states. Her company spearheaded the lawsuit that led to the Supreme Court’s dismantling of the Texas law in 2016. A 5-3 majority of justices ruled that the law placed an “undue burden” on women seeking abortions.

Hagstrom Miller says some women resort to inducing their own abortions with medication because they lack health insurance, child care or a supportive employer.

“Some well-informed people are able to overcome the barriers,” she said. “But so many are left behind.”

The new abortion bans in Georgia, Alabama and elsewhere are unlikely to take effect unless the Supreme Court overturns or weakens Roe v. Wade, the 1973 decision establishing a nationwide right to abortion. But for anyone curious about the consequences, Hagstrom Miller has a suggestion.

“People are asking what happens if Roe falls,” she said. “I keep telling them, ‘Look at Texas.’”