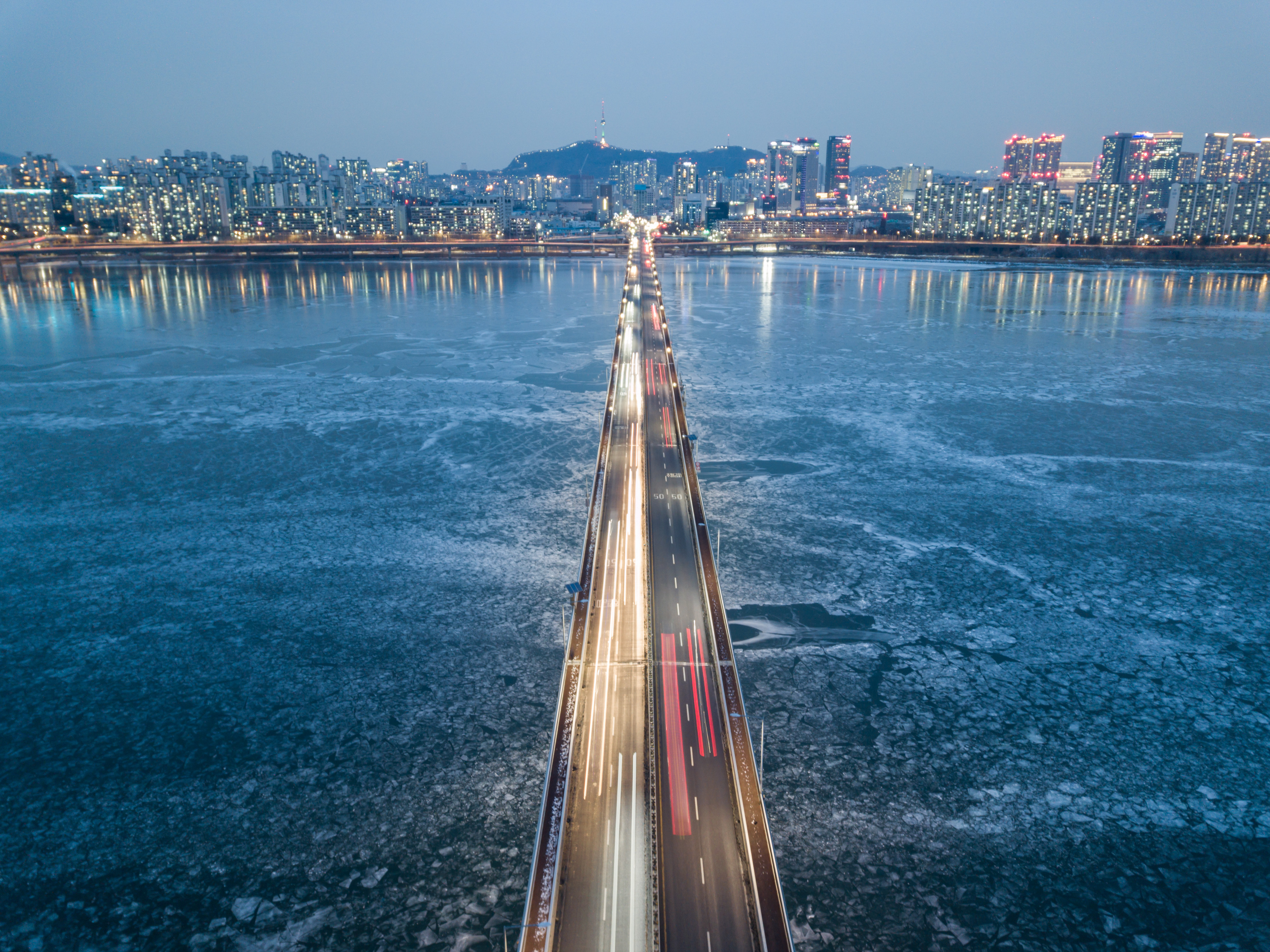 A photo taken on January 10, 2021 shows a general view of traffic passing over a bridge above the frozen Han river, before the Seoul city skyline. (Photo: AFP)

The reported FDI amounted to 20.75 billion U.S. dollars in 2020, down 11.1 percent from the previous year, according to the Ministry of Trade, Industry and Energy.

It came as the global economic slump, caused by the COVID-19 pandemic, weakened investment demand.

The reported FDI in new industries, such as artificial intelligence (AI), big data, environmentally-friendly vehicles and biopharmaceutical, increased 9.3 percent over the year to 8.42 billion dollars in 2020.

It accounted for 40.6 percent of the total FDI in 2020, up 7.6 percentage points from the previous year.

The FDI in the industrial component, material and equipment sector retreated 7.0 percent to 3.81 billion dollars last year. It advanced 30.9 percent in the second half, after plunging 43.7 percent in the first half.

The FDI in the green industry, including renewable energy and resource recycling, doubled to 480 million dollars in 2020 compared to the previous year.

The FDI from China more than doubled to 1.99 billion dollars last year, but investment from the United States dived 22.5 percent to 5.3 billion dollars.