WORLD Foreign fans likely to miss out on Games

Foreign fans likely to miss out on Games 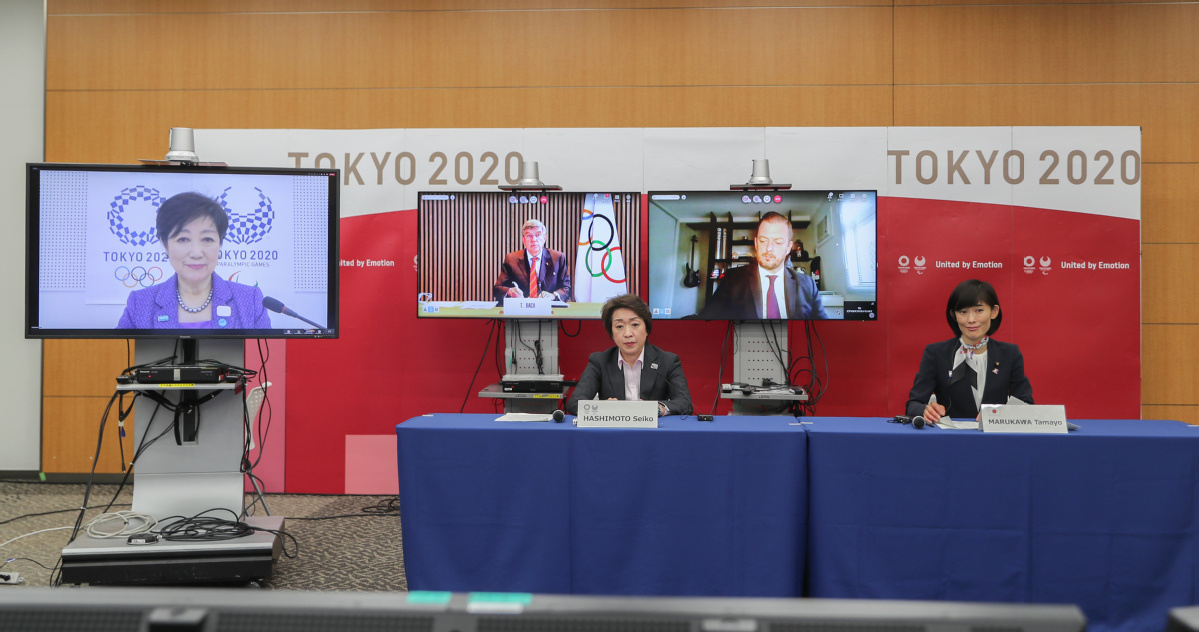 Games organizers in Tokyo take part in a meeting with Olympic officials on Wednesday. (DU XIAOYI/XINHUA)

Japan is likely to ban foreign visitors to attend the rescheduled Tokyo 2020 Olympics and Paralympics, local media reported, creating enormous curiosity about how the world's biggest sport gala would look like amid the coronavirus pandemic.

The Japanese newspaper Mainichi Shimbun reported on Thursday the decision had already been made to exclude foreign fans. It cited unnamed sources involved in an online discussion between the Games' organizing bodies.

"In the current situation it is impossible to bring in foreign spectators," the Mainichi Shimbun said, citing an unnamed government official.

After the meeting, Hashimoto stopped short of saying there would be no foreign fans at this year's Games, but she hinted at it by saying: "If the situation is tough and it would make the consumers concerned, that is a situation we need to avoid from happening."

Hashimoto said the organizing bodies agreed to decide by the end of March whether to allow overseas spectators and they plan to announce next month if the number of spectators will be limited as a measure to prevent coronavirus infections.

Before the meeting was closed to reporters, Bach hinted at hard decisions to be made.

"We will focus on the essentials," Bach said. "That means mainly the competitions. This has to be the clear focus. In this respect, we may have to set one or another priority."

With most of the world struggling to deal with the crisis and contagious variants of the virus spreading or yet to emerge, medical experts say it is unrealistic to expect full-capacity crowds in the stands this summer.

Kentaro Iwata, a professor of infectious diseases at Kobe University, said the "most reasonable decision" is to hold the Games without spectators, adding "other options are not right from a medical standpoint".

The Japanese government is studying several options, such as only allowing people living in Japan to be in the stands, having limited crowds, or even organizing events behind closed doors.

Separately, Japanese Prime Minister Yoshihide Suga said on Wednesday the government is considering a two-week extension of a state of emergency in the Tokyo area due to continuing pressure on the medical system from COVID-19 cases.