Mainstream media outlets in the West, often noted as longtime critics of China, have toned down in their recent coverage of China's trade relations with the US and other countries. 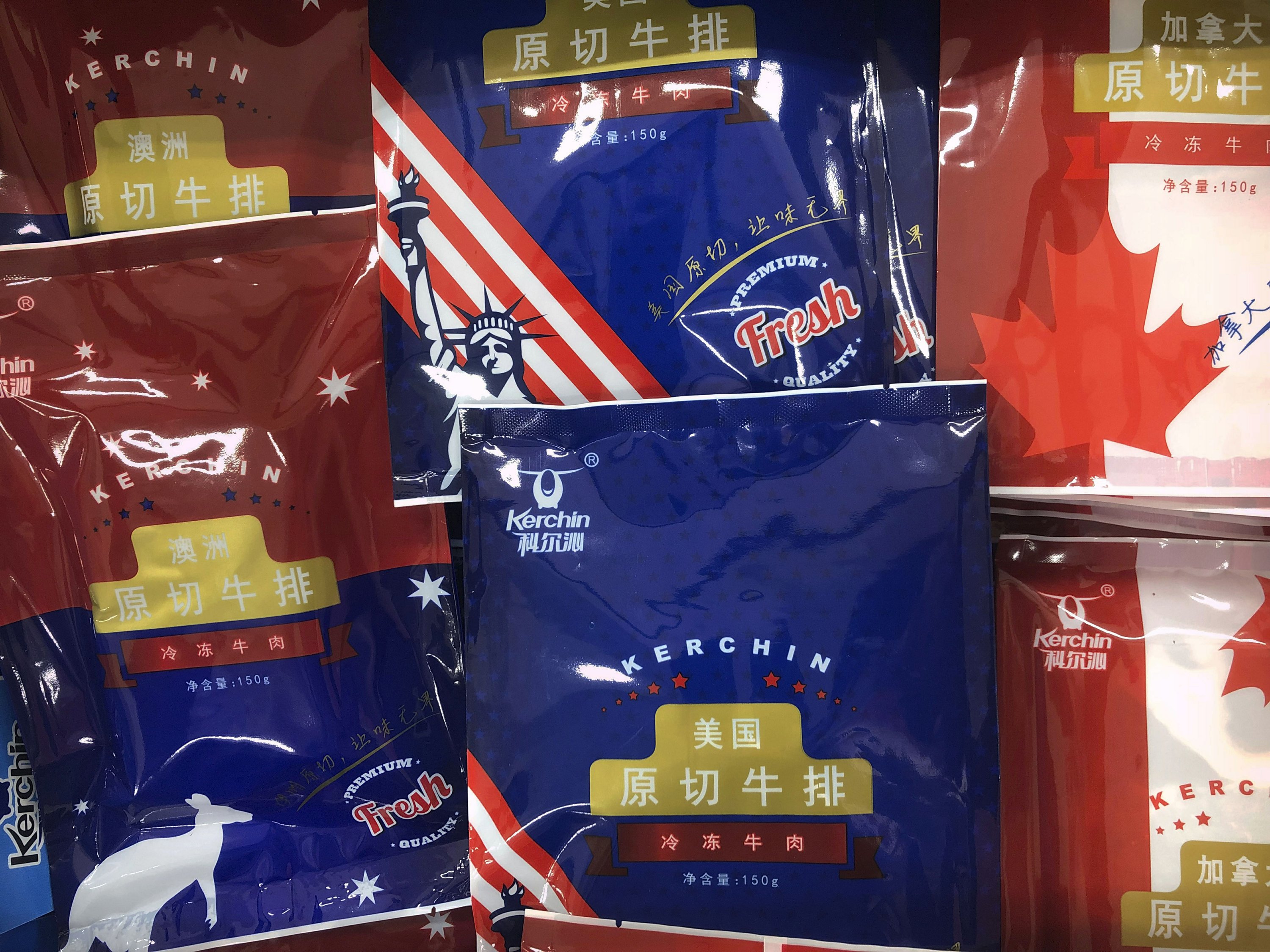 In this May 14, 2019, file photo, frozen beef filets from Australia, United States, and Canada are on sale at a supermarket in Beijing. (Photo: AP)

A Wall Street Journal article said China has risen to become the largeset trade partner to the US and a "bright spot" for farmers and exporters in the country as leaders across the globe are grappling with the impact of the pandemic on global trade.

Another piece published on the New York Times listed several examples where China is regarded as an indispensable trade partner: Australia's lobster industry is seeking a comeback to the Chinese market after failing to revive the business through buyers from other parts of the world; Toto, Japan's largest toilet maker, have made no plans of withdrawing even during the coronavirus crisis when its assembly lines were closed. The CEO of Germany lighting company Osram, Olaf Berlien, also told the New York Times that there is no other market to take China's place as an engine of world growth.

Bloomberg also published an article on Monday that concludes a decoupling between China and the US is hard. In the article, the author said that China has advantages that are likely to sustain its position as the world's main factory.

Analysts say the data released on Monday by the National Statistics Bureau has shown that despite the challenges brought by the COVID-19 pandemic, China is on its track to economic recovery with great potential.